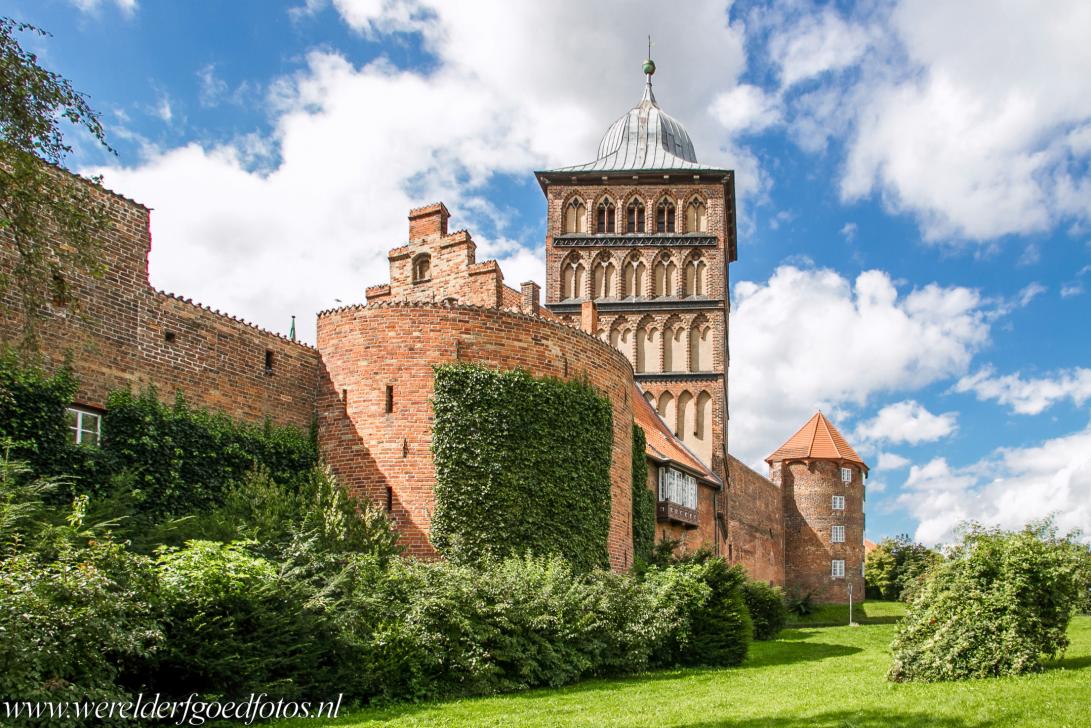 Hanseatic City of Lübeck: The Burgtor, Castle Gate, is one of the remaining city gates. The brick Late Gothic Burgtor was built in 1444. During the Middle Ages, the tower was adorned with red and black brick stones. The bronze roof was added in the Baroque style in 1685. The Hanseatic City of Lübeck was inscribed on the UNESCO World Heritage List in 1987.