Historic Centre of Riga: Riga was founded in 1201 by Albert of Riga. Riga is situated on the Gulf of Riga, at the mouth of the Daugava River. Riga is the capital city of Latvia and was a wealthy Hanseatic City. Latvia was occupied several times by Germany and Russia, and was also ruled by Sweden in the 17th century. Many monuments from the past have been preserved in the historic centre of Riga such as the Mentzendorff House, the Russian Orthodox Cathedral, the Jewish Synagogue, the Swedish Gate and the 15th century the Three Brothers. The St. Peter's Church has become a cultural and art centre, its spire is the tallest church tower in Riga, an elevator takes visitors up to the observation deck for a spectacular view of Riga. Riga Castle is the official residence of the president of Latvia. The Swedish Gate and the Powder Tower once were part of the defensive city walls of Riga. The Freedom Monument Milda is a national shrine, honouring soldiers who were killed in the Latvian War of Independence from 1918 to 1920. The Central Market of Riga is housed in five giant zeppelin hangars. The Baltic Way was a human chain linking the three Baltic States, Estonia, Latvia and Lithuania, in their drive for freedom. The Baltic Way was a 600 km long human chain from Tallinn to Vilnius, crossing Riga. The Baltic Way was inscribed on the UNESCO Memory of the World Register. The Historic Centre of Riga was declared a UNESCO World Heritage in 1997. 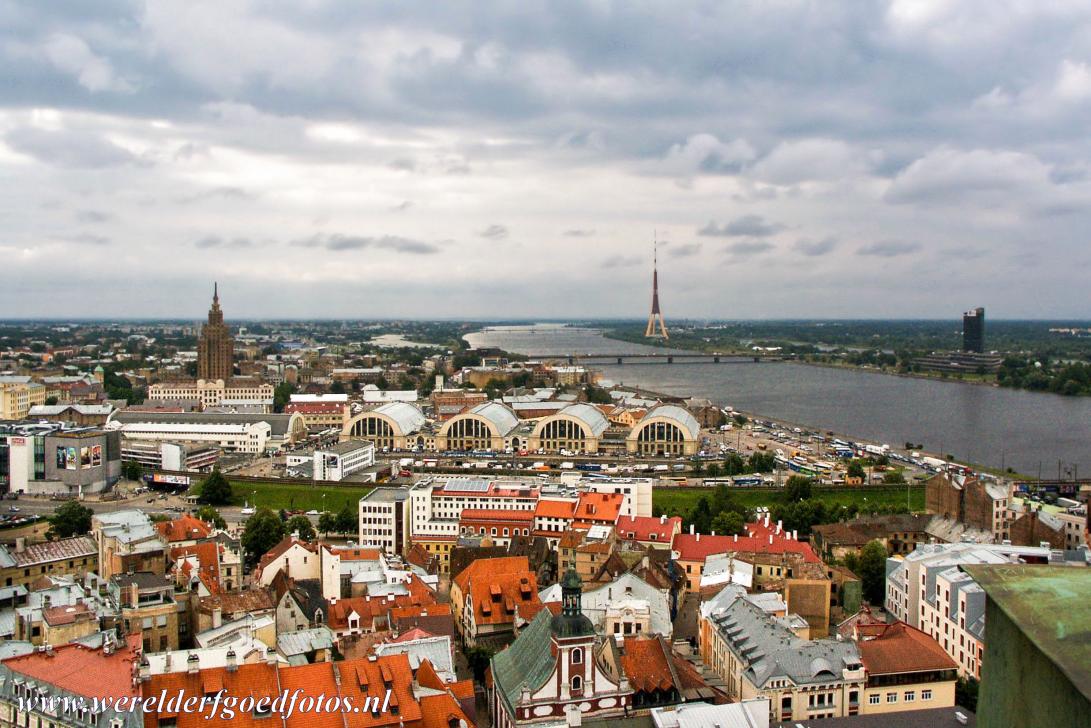 A spectacular view of the historic centre of Riga and the Daugava River from the tower of the St. Peter's Church. Its spire is the tallest church tower in Riga. A modern elevator takes visitors up to the observation deck for an amazing view over Riga, the mouth of the Daugava River and the Riga Central Market, five former German zeppelin hangars. The Historic Centre of Riga gained the status as a UNESCO World Heritage in 1997.