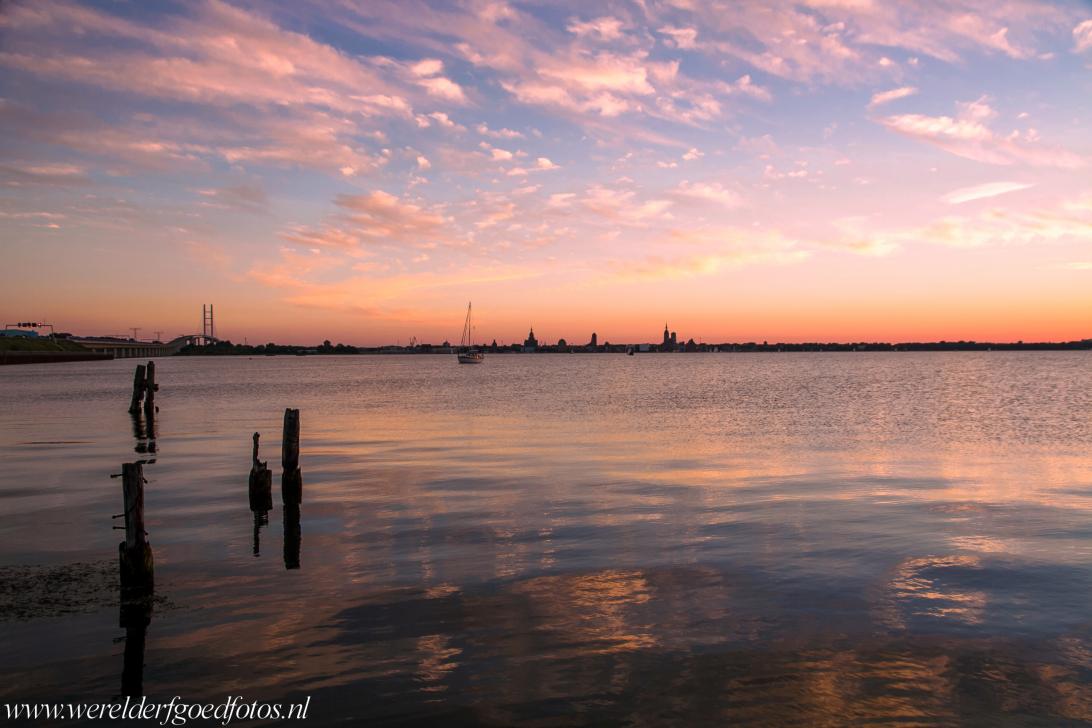 The Skyline of Stralsund at night. The German town of Stralsund is situated on the Strelasund, a sound of the Baltic Sea between the island of Rügen and the mainland of Germany. The Historic Centre of Stralsund gained the status as an UNESCO World Heritage in 2002.