Historic Centre of Wismar: Wismar is situated in the northern part of Germany. Wismar was founded around the 12th century. Wismar was a member of the Hanseatic League, during the Late Middle Ages an economic union of trading cities along the coast of Northern Europe. During the 13th and 14th centuries, Wismar was a prosperous Hanseatic town. The natural harbour of Wismar is situated on the Bay of Wismar, one of the bays of the Baltic Sea. The town of Wismar came under the rule of Sweden in 1648, It became part of Germany in 1871, though Sweden officially renounced it claims to the town of Wismar in 1903. The Swedish Rule is still visible in several buildings, such as the Alter Schwede, a brick Gothic patrician house on the Market Square. The Wasserkunst in the Market Square is a wrought iron fountain, imported from the Netherlands in 1602. The half-timbered Gewölbe house served as a quality control station, where wine merchants brought their imported port wines for quality control before trading them. Other memorable monuments in Wismar are the brick Gothic Churches and the Old Town Hall. Wismar was part of the former DDR. Since the German reunification in 1990, the town of Wismar started the restoration of the historic centre and the brick Gothic monuments. Just like Stralsund, Wismar is a good preserved Hanseatic Town on the southern Baltic Coast. The Historic Centre of Wismar is part of the UNESCO World Heritage Site: Historic Centres of Stralsund and Wismar. The Historic Centres of Stralsund and Wismar gained the status as a UNESCO World Heritage in 2002. 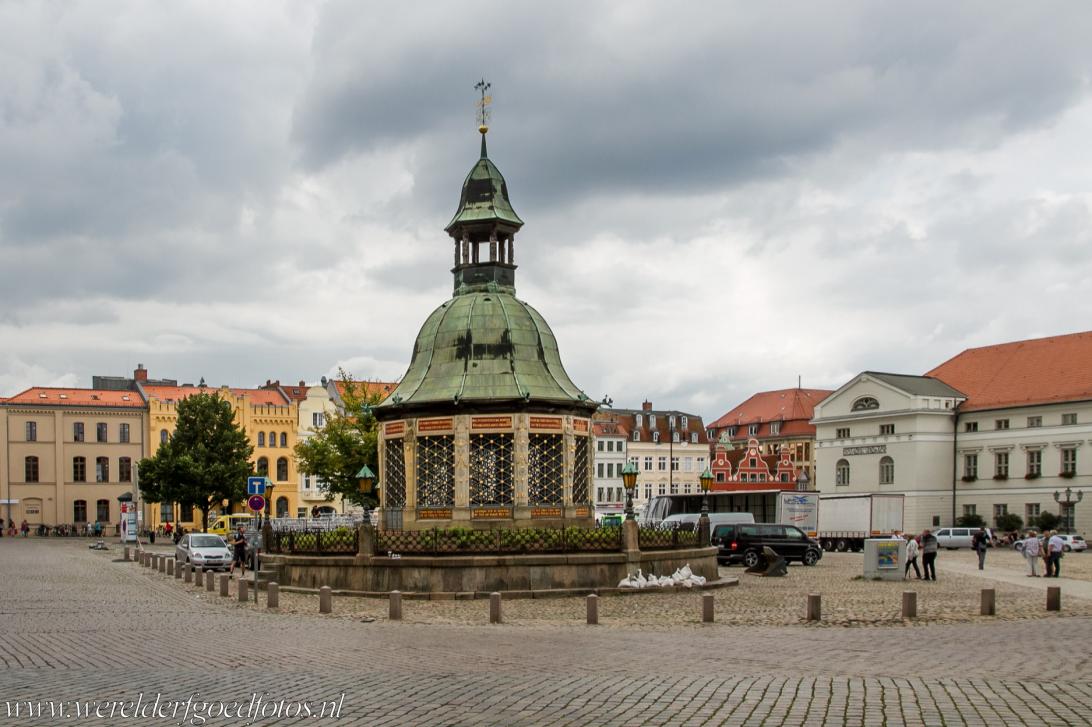 Historic Centre of Wismar: The Wasserkunst (Water Art) is a water fountain built of decorative stonework, limestone and wrought iron. The fountain was built in the Dutch Renassaince style. The Wasserkunst was built after the plans of the Dutch master builder Philipp Brandin in 1602. The fountain is situated on the Market Square and was the central water reservoir of the town until 1897. The unique Wasserkunst is a symbol of the Hanseatic town of Wismar.