Historic Centre (Old Town) of Tallinn: Tallinn is the capital city of Estonia. The history of Tallinn dates back to the 13th century. Tallinn was a Hanseatic City, situated on the banks of the Gulf of Finland. Many monuments from the past have been preserved in the historic centre. The town wall of Tallinn was built in the 13th and 14th centuries. Now, 1,9 km of the town wall is still standing, including 26 defensive towers and gate towers, the Kiek in de Kök is one of the towers, once the most powerful cannon tower in the 15th century Baltic States. The Great Coastal Gate and Fat Margaret's Tower were built to defend Tallinn from the seaward side. There are several medieval buildings within the town walls of Tallinn. Among them Tall Hermann, a tower of the Toompea Castle on Toompea Hill. The Tallinn Dome Church is also situated on Toompea Hill, it is the oldest church in Tallinn. The St. Olav's Church (Oleviste Kirik) was once the tallest building in the world. From 1941-1991, the Soviet KGB used the spire of the St. Olav's Church as a radio tower and surveillance point. The onion-domed Alexander Nevsky Cathedral is the main Russian Orthodox cathedral in Estonia. On August 1989, the Baltic Way was a human chain linking the three Baltic States in their drive for freedom. The Baltic Way, a 600 km long human chain from Tallinn to Vilnius, crossing Riga, was inscribed on the UNESCO Memory of the World Register. The Historic Centre (Old Town) of Tallinn was declared a UNESCO World Heritage in 1997. 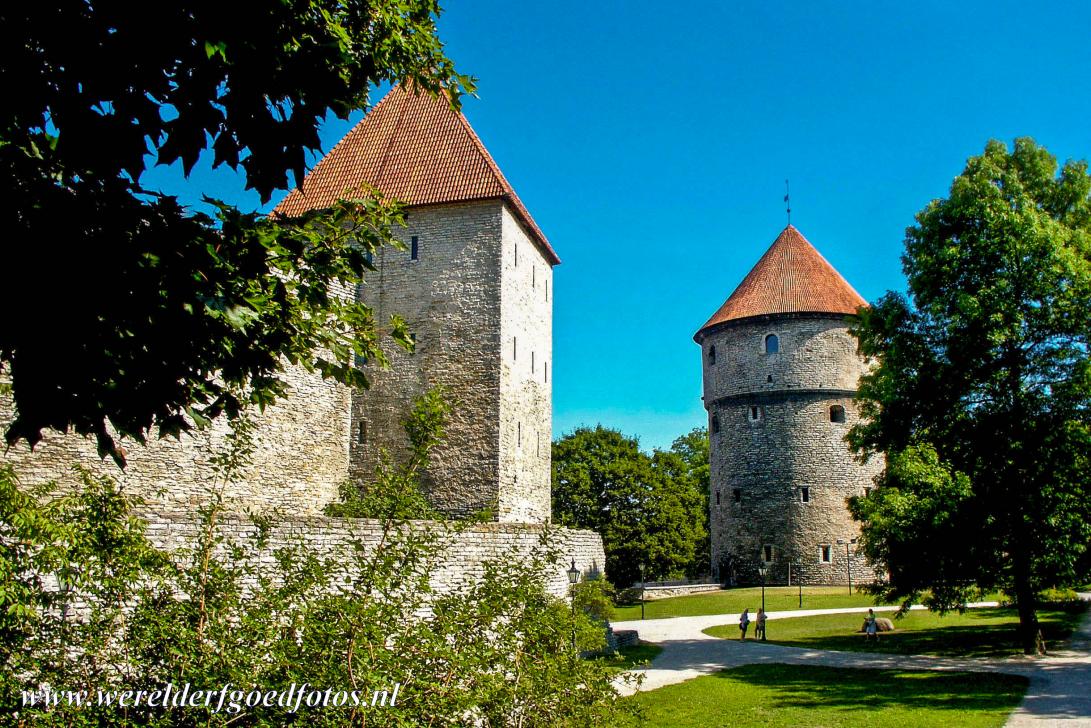