Roman Monuments, Cathedral of St Peter and Church of Our Lady in Trier: Trier is the oldest city in Germany. Trier lies on the banks of the river Moselle. Trier was founded by the Roman Empire in 16 BC. In the 3rd century, Emperor Diocletian made Trier the capital city of the Western Roman Empire and a Roman imperial residence. Trier was the residence of several Roman Emperors and became the Second Rome. Several Roman monuments have survived until the present day. The Porta Nigra (Latin for Black Gate) dates from the 2nd century. Today, the Porta Nigra is the largest Roman city gate north of the Alps. The Roman amphitheatre was built in the 2nd century and was used until the 5th century for wild animal fights and gladiator contests. The Kaiserthermen were once the third largest Roman baths in the world, they were built in the 4th century during the reign of the Roman Emperor Constantine I, also known as Constantine the Great. The Roman Bridge is the oldest bridge in Germany, the pillars were built by the Romans in the 2nd century. The Constantine Basilica (Aula Palatina) was built by Emperor Constantine I in 310. The Constantine Basilica contains one of the largest still existing hall's from antiquity. The Cathedral of St. Peter is the oldest church in Germany, it was founded by Constantine the Great, the first Christian Emperor. The Romanesque Cathedral of St. Peter and the Church of Our Lady in Trier are joined through a passage. The Church of Our Lady was influenced by the French Gothic architecture, such as Reims Cathedral. The Column of Igel is located 8 km upriver from Trier on the river Moselle. Karl Marx was born in Trier in 1818. Now, his birth house is a museum. Trier is situated about 79 km north of the UNESCO World Heritage in Völklingen. The Roman Monuments, the Cathedral of St Peter and the Church of Our Lady in Trier were declared a UNESCO World Heritage in 1986. 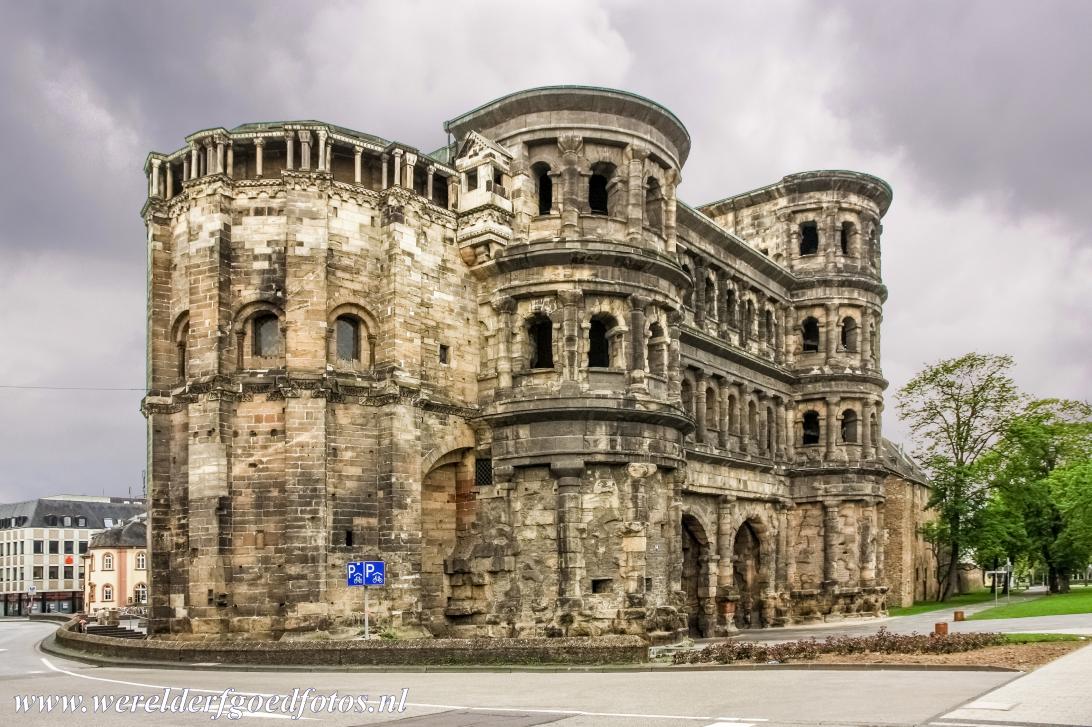