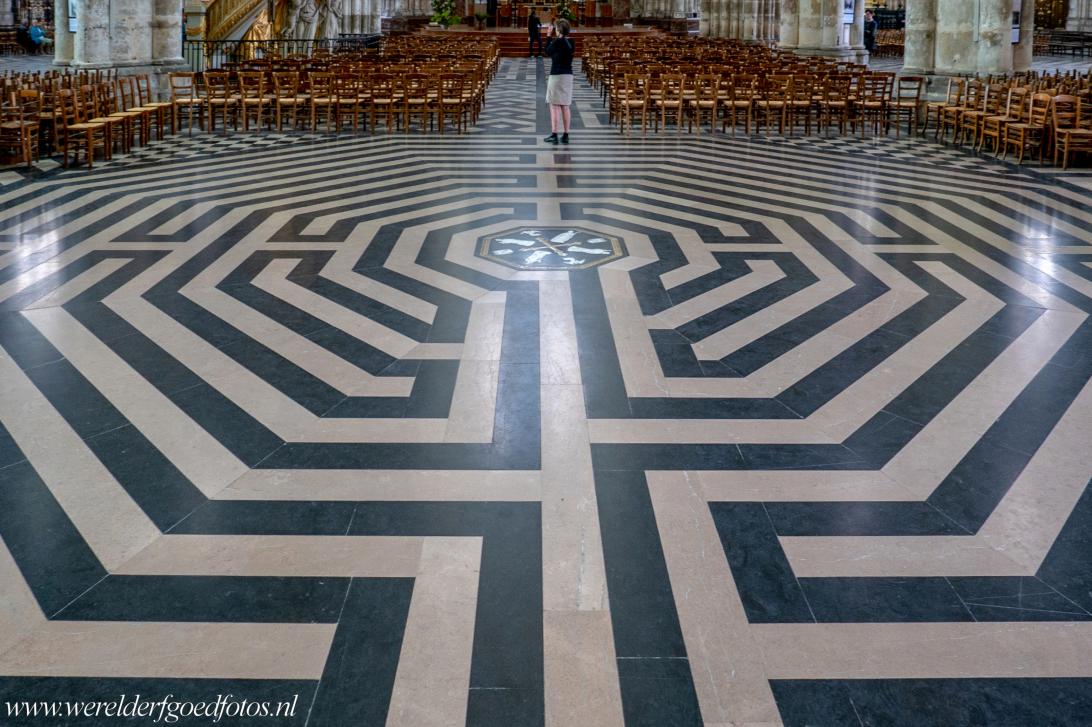 Amiens Cathedral: The labyrinth of Amiens Cathedral was inlaid in black and white marble in the nave floor in 1288. Labyrinths such as this were common in medieval cathedrals and churches. Pilgrims follow the path of the labyrinth on foot or on their knees while meditating, they hope to find relief and trying to reach a deeper connection to God, or also to symbolize the pilgrimage to Jerusalem and the Holy Land. The Amiens Labyrinth can be used for walking meditation.