Verona is a city in northern Italy. The city of Verona was founded by the Romans in the first century BC. In the 6th century, the Ostrogothic King Theodoric had his favourite residences in Verona, Pavia and Ravenna. Verona flourished under the rule of the noble family of the Scaliger in the 13th and 14th centuries and under the rule of Venice from the 15th-18th centuries. The city of Verona was under the control of Austria until 1866. Verona became part of Italy in 1866. Verona has a number of monuments from the Roman Empire, among them an amphitheatre and a Roman city gate. The amphitheatre of Verona is the third largest Roman amphitheatre in the world, after the Colosseum in Rome and amphitheatre in Capua. In the city of Verona are also monuments from the medieval and the Renaissance. Verona was a military stronghold. Castelvecchio, the Old Castle, and the fortified Castelvecchio Bridge are splendid examples of military architecture. Although Romeo and Juliet were fictional persons, in Verona is a house said to be Juliet's house. Juliet's House in Verona is a place of pilgrimage for lovers. The city of Verona gained the status as an UNESCO World Heritage in 2000. 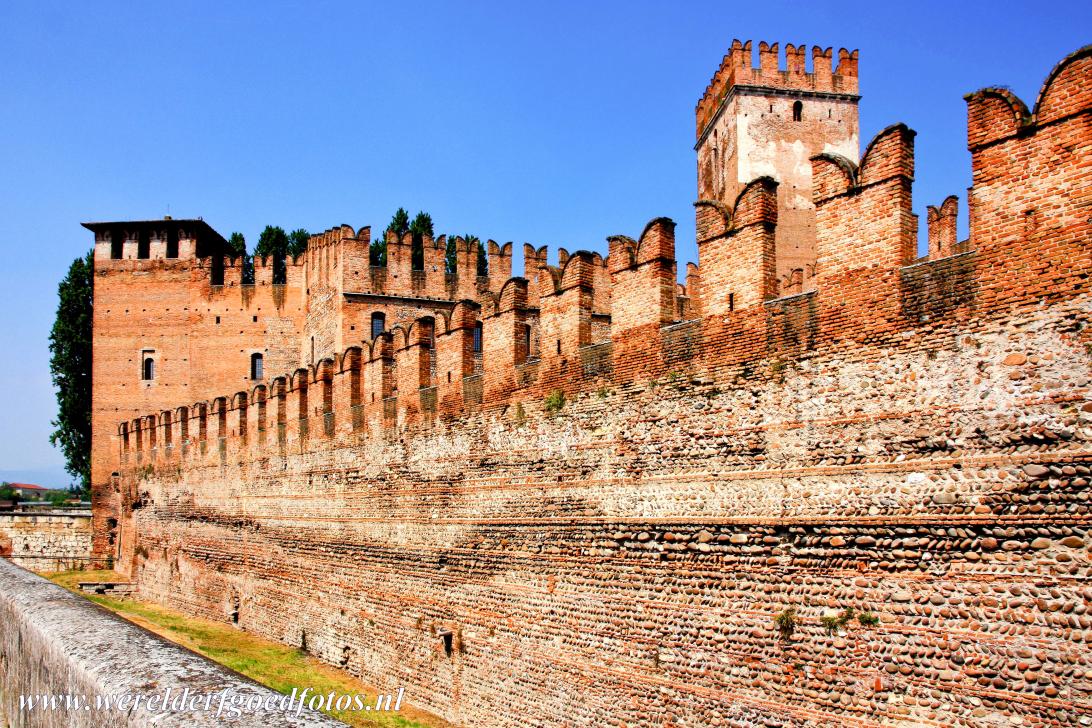