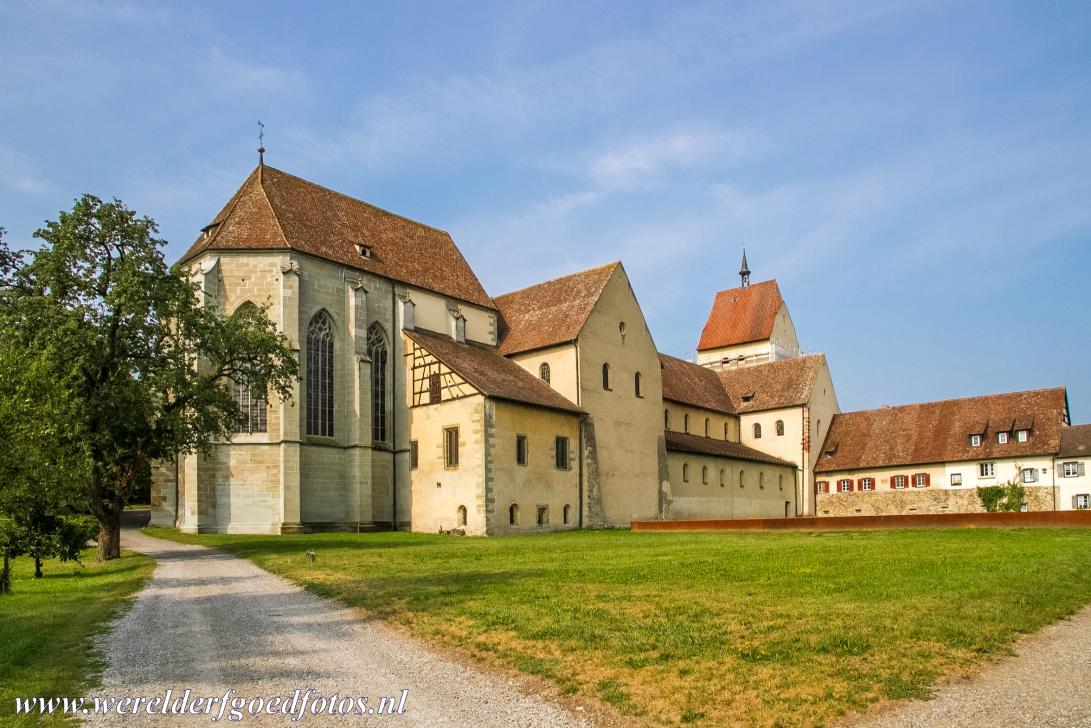 Monastic Island of Reichenau: The Minster of St. Maria and St. Mark in Mittelzell. In 724 AD, the Abbot Pirmin founded the Benedictine Monastery of Reichenau on Reichenau Island. Reichenau was an important religious and cultural centre in medieval Europe. Under Charlemagne and his son Ludwig the Pious, the monastic island experienced its 'Golden Age'. Between 800 and 1100, Reichenau developed into a cultural and spiritual centre of the Holy Roman Empire.