The Abbey Church of Saint-Savin-sur-Gartempe is located in Saint-Savin-sur-Gartempe, a tiny village east of Poitiers. The  abbey church is the largest hall church in the Nouvelle-Aquitaine region in France. After the discovery of the bodies of the martyrs Cyprian and Savin, the abbey was almost certainly founded by Charles the Great, also known as Charlemagne. A crypt was built to house the tombs of the martyrs. This crypt survived until the present day. The Abbey Church of Saint-Savin-sur-Gartempe was built in the 11th century and expanded in the 13th century, the Gothic spire of the church was added in the 14th century. The barrel vaulted nave is supported by beautiful columns with carved capitals. The barrel vault of the nave, the choir, the crypt, the gallery and the porch of the abbey church are adorned with 11th century murals. The murals of the vault illustrate biblical stories from the Old Testament, events from Genesis and Exodus such as the Creation of Heaven and Earth, Adam and Eve, the Temptation and Fall of Man, the story of Cain and Abel, the Great Flood, the Ark of Noah, the Crossing of the Red Sea, the Tower of Babel. The tympanum above the doorway and the ceiling of the porch are adorned with murals depicting the Apocalypse, the upper tribune of the porch is decorated with murals depicting the Passion of Christ, the choir is decorated with murals of saints and the walls of the crypt are embellished with murals depicting the lives and martyrdoms of the Saints Savin and Cyprian. The Romanesque church is also known as the 'Romanesque Sistine Chapel'. In 1983, the Abbey Church of Saint-Savin-sur-Gartempe gained the status as a UNESCO World Heritage. 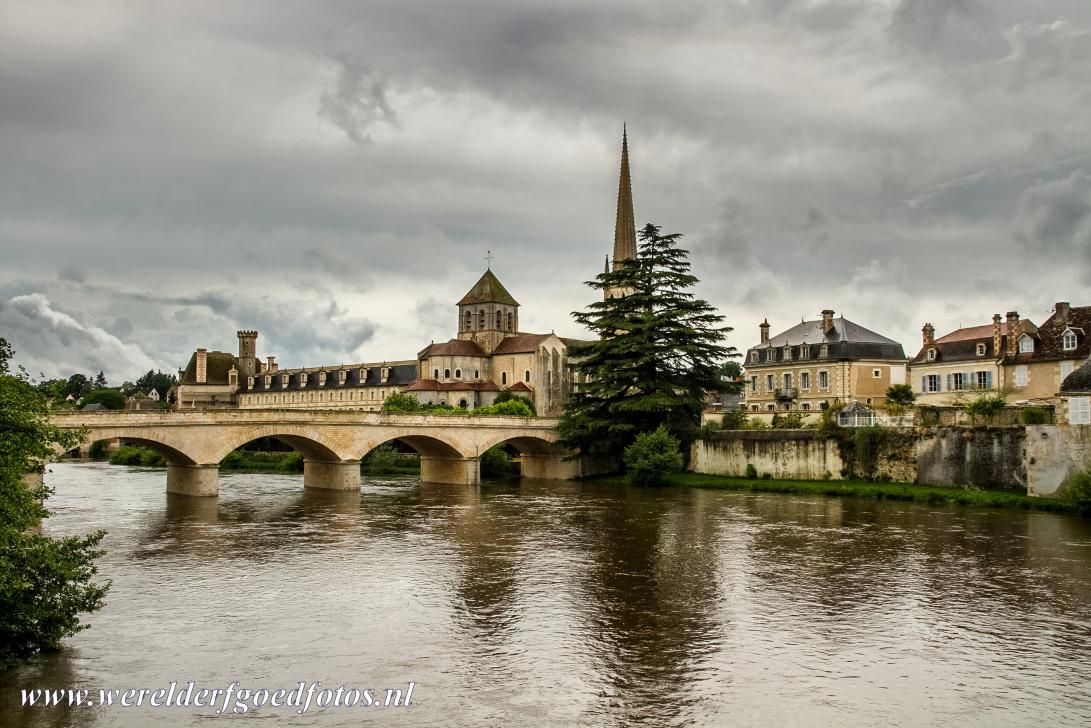