The Abbey and Altenmünster of Lorsch are situated in Lorsch, about 10 km east of Worms in Germany. The Abbey of Lorsch was built in 760-764. During the Thirty Years' War (1618-1648), the Abbey of Lorsch was damaged. The King's Hall (Königshalle or Torhalle) and the ruins of the church of the Abbey of Lorsch are the only remaining parts of the monastery. The King's Hall is the oldest Carolingian building north of the Alps. The King's Hall is decorated with paintings. Nine different layers of painting were found during restoration works. The first painting date from 830, the last painting date from the 17th century. The herb garden of the Abbey of Lorsch is based on the Plan of Sankt Gallen and a book of medicinal cures, the Lorsch Pharmacopoeia, written in Lorsch in c. 795. The Lorsch Pharmacopoeia was inscribed on the UNESCO Memory of the World Register and is housed in the Bamberg State Library. The Abbey and Altenmünster of Lorsch are situated about 40 km south of the UNESCO World Heritage Messel Pit and also near the UNESCO World Heritage Upper Middle Rhine Valley. The Abbey and Altenmünster of Lorsch were declared an UNESCO World Heritage in 1991. 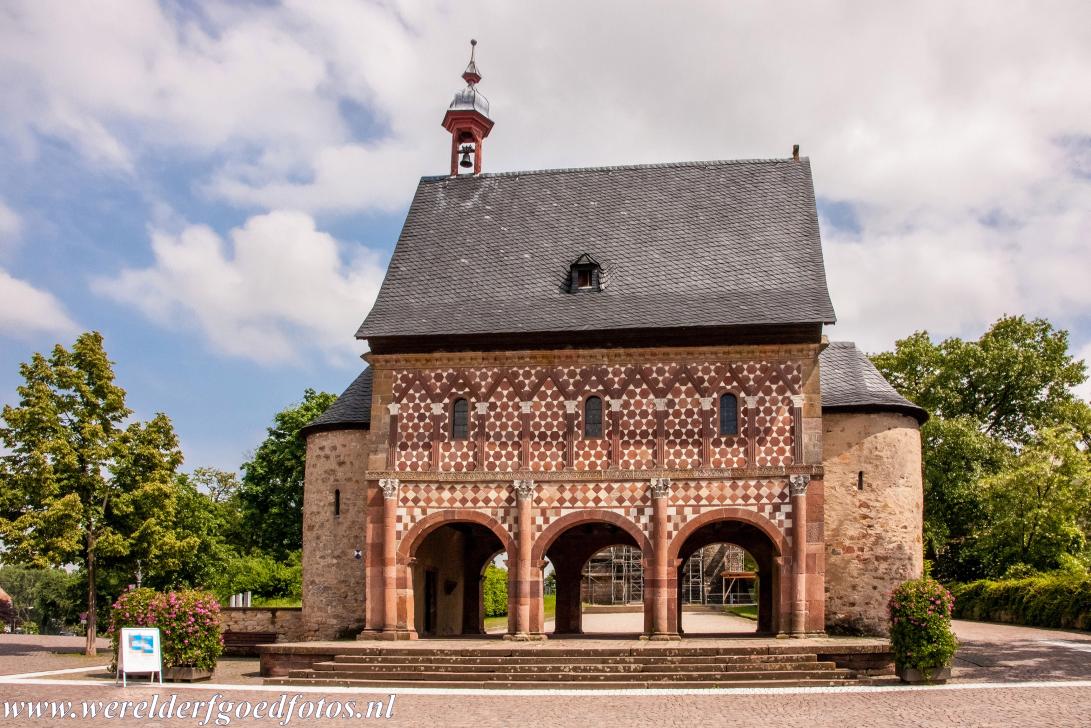