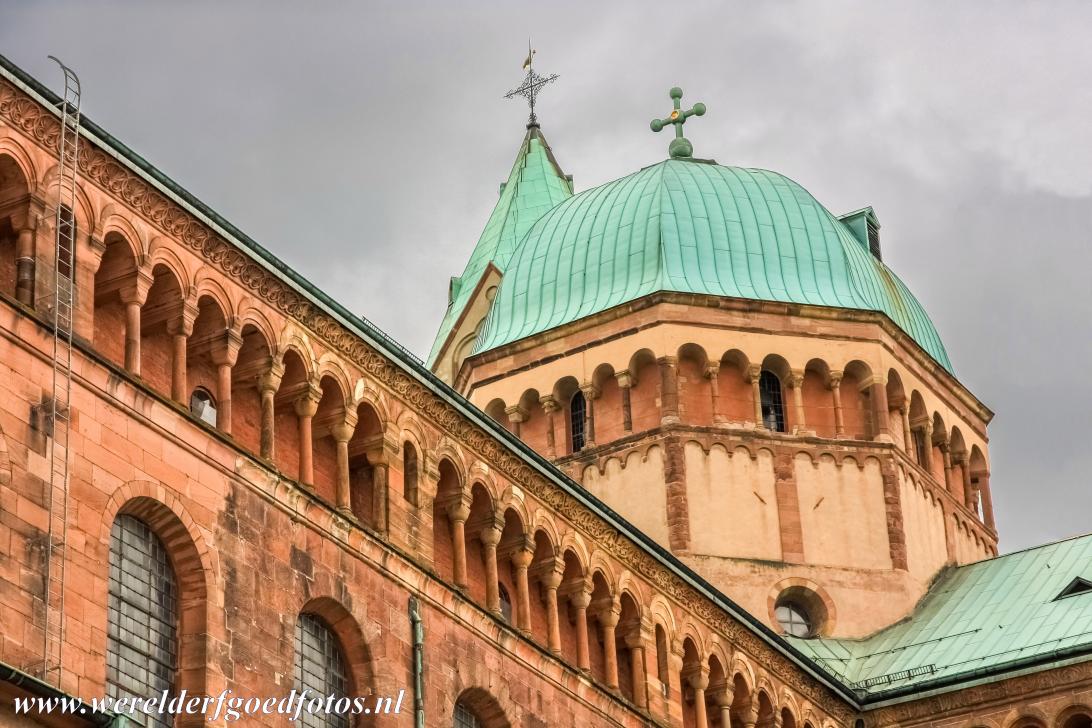 Speyer Cathedral features the earliest example in Germany of a colonnaded dwarf gallery that encircles the entire building. The domes, the nave and the four towers are roofed with copper, weathered too a pale green in the course of time. The western dome houses the nine bells of the cathedral. Speyer Cathedral is one of the most important Romanesque monuments of the Holy Roman Empire. Speyer Cathedral was declared a UNESCO World Heritage in 1981.