Frontiers of the Roman Empire in the Netherlands 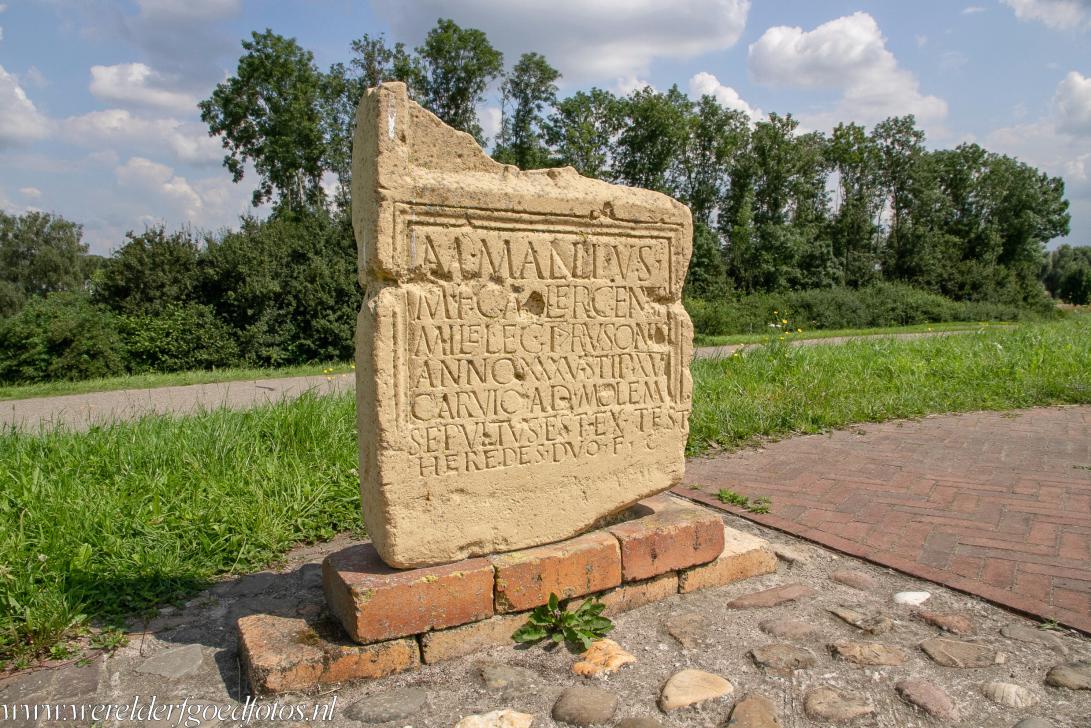 Frontiers of the Roman Empire - The Lower German Limes - in the Netherlands: A replica of the gravestone of Marcus Mallius at Herwen, a tiny Dutch village near the German border. Marcus Mallius was a Roman soldier of the First Legion. The original gravestone was found at Herwen in 1938, it is now on display at the Valkhof Museum in Nijmegen. At Herwen once stood the Roman fort Castellum Carvium, it was located in strategic location at the junction of the Waal and Rhine rivers, the remains of the fort are probably at the bottom of the sand mining pit lake the Bijland.