Melle is a town in France, situated along the Route of Santiago de Compostela. Melle is home to three Romanesque churches, the most important of them is the Saint Hilaire Church. The church was built in the 11th and 12th centuries, it is a so-called hall church. The Saint Hilaire Church is notable for the large amount of sculptures on the outside and inside walls of the church, one of the most famous sculptures is the statue of a horseman above the north entrance door. The church survived the Hundred Years War and the Wars of Religion almost intact. The Saint Hilaire Church in Melle was inscribed on the UNESCO World Heritage List as part of the World Heritage Sites of the Route of Santiago de Compostela in France. 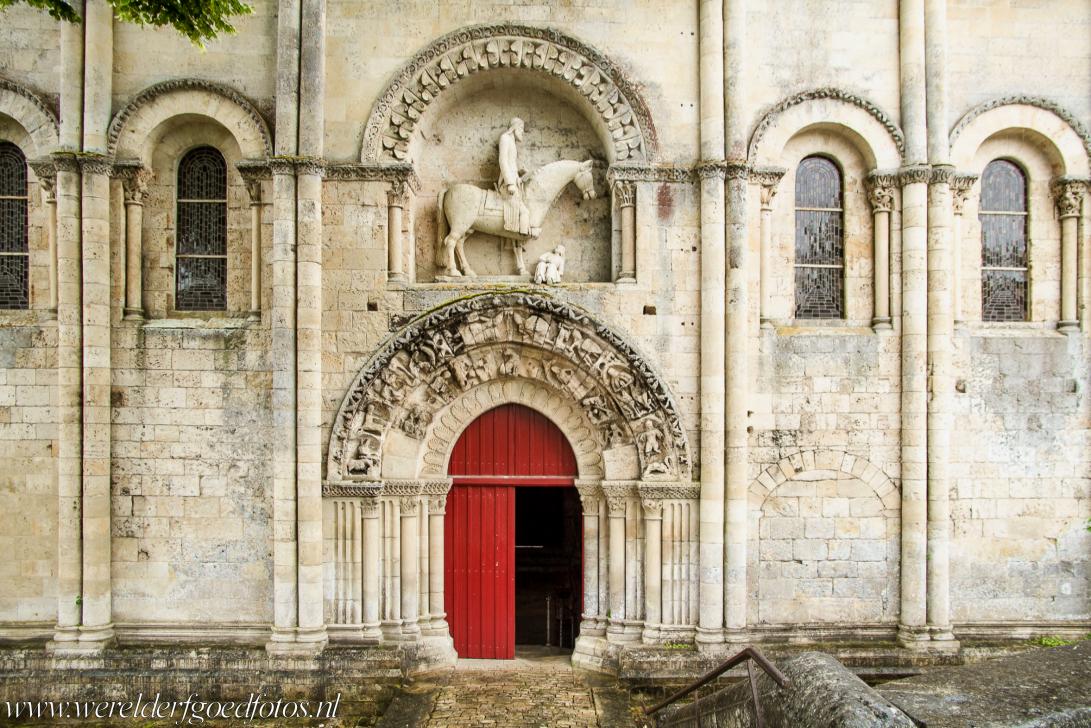 Saint Hilaire Church in Melle: The statue of the horseman is the subject of discussions among art historians, the horseman has been identified as Charlemagne, but also as Emperor Constantine triumphing over paganism and also as Jesus Christ violating the Ancient Law.