Muskauer Park / Park Muzakowski: The Muskauer Park is the largest English landscape park in central Europe. The park streches on both banks of the River Neisse. In the period 1815-1845, Prince Hermann von Pückler-Muskau laid out an English landscape garden around his castle. The German prince was a renowned landscape gardener and the author of the influential book: Hints on Landscape Gardening. The Muskauer Park was acquired by Prince Frederick of the Netherlands in 1846. The well-known landscape designer Eduard Petzold was put in charge of the gardens and park. After World War II, as a result of the Potsdam Conference, the park was divided into a German part, on the left bank of the Neisse, and a Polish part on the right bank of the river. One third of the Muskauer Park is situated in Germany, two thirds in Poland. Both parts of the park are connected by several bridges. The Old Castle, the New Castle and most of the associated buildings are situated in the German part. The Muskauer Park / Park Muzakowski was declared a UNESCO World Heritage in 2004. 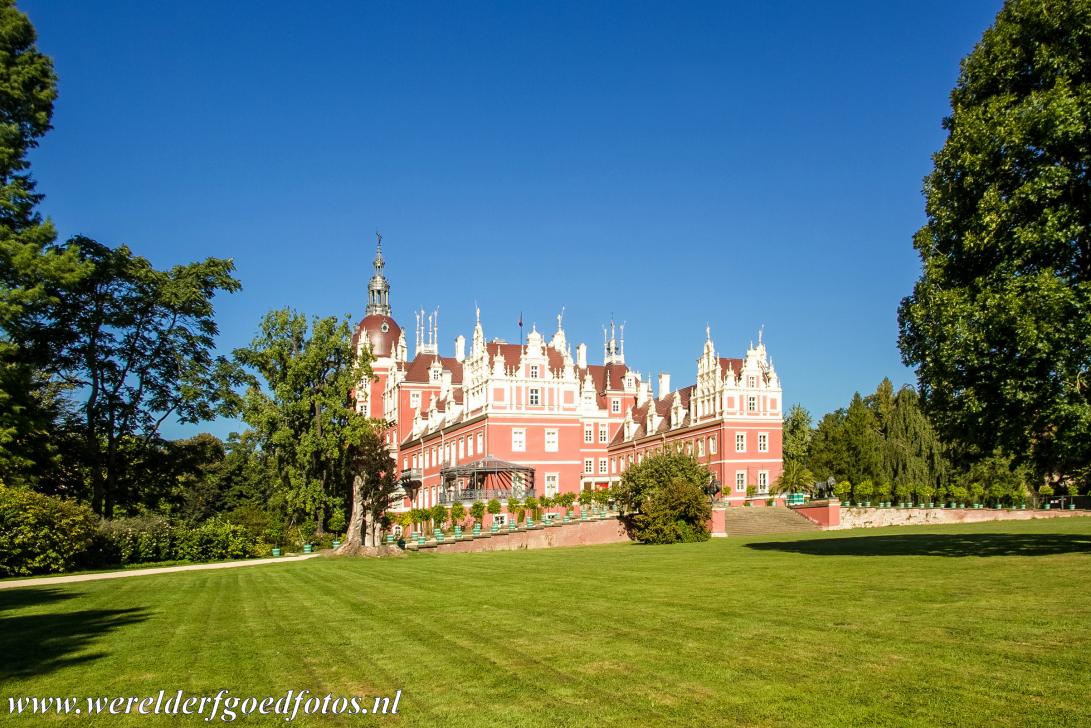