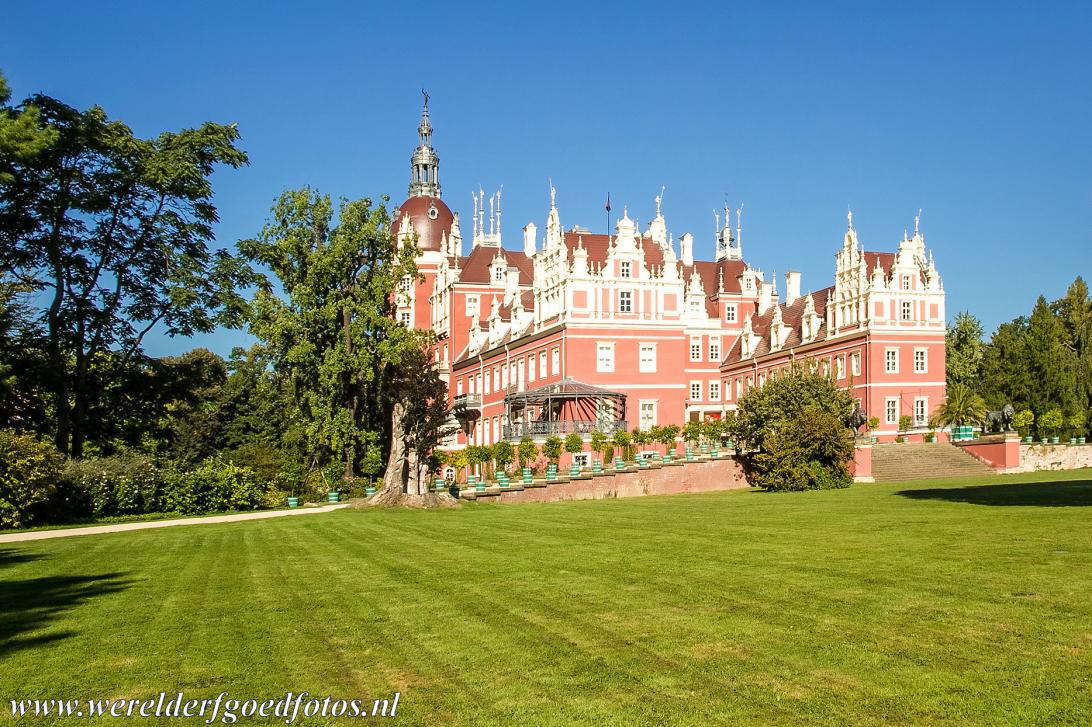 Muskauer Park / Park Muzakowski: The original Baroque Neue Schloss was rebuilt into a Neo-Renaissance castle by the successors of Prince Hermann von Pückler-Muskau. It is surrounded by an English landscape park designed by the prince himself. The park is considered one of the most splendid achievements of landscape design in the beginning of the 19th century.