The Abbey of Fontenay is a former Cistercian abbey. It is one of the oldest preserved Cistercian abbeys in the world. The abbey is located near Montbard in the Burgundy region in France. The Abbey of Fontenay was founded by Bernard of Clairvaux in 1118. The French Cistercian monk Bernard of Clairvaux was one of the most influential Christian leaders of his time. During his travels around Europe, he founded more than seventy Cistercian monasteries. The Abbey of Fontenay was built in the Romanesque style. The abbey was very wealthy from the 12th century through the 15th century. A community of more than two hundred monks lived and worked in the abbey according to the rules of Benedict of Nursia. The abbey fell into decline in the 16th century. At the time of the French Revolution, only around ten monks lived in the abbey. When the Cistercian monks left the abbey, it was converted into a paper mill. A banker from Lyon bought the abbey in 1906. The paper mill was demolished and the abbey was restored to its former glory. Since 1906, the abbey has been the private property of the same family, they preserve the beauty and purity of the Romanesque architecture of the abbey. The abbey is of great beauty in all its simplicity. The Abbey of Fontenay is located about 50 km northeast of the UNESCO World Heritage in Vézelay. The Cistercian Abbey of Fontenay gained the status as a UNESCO World Heritage in 1981. 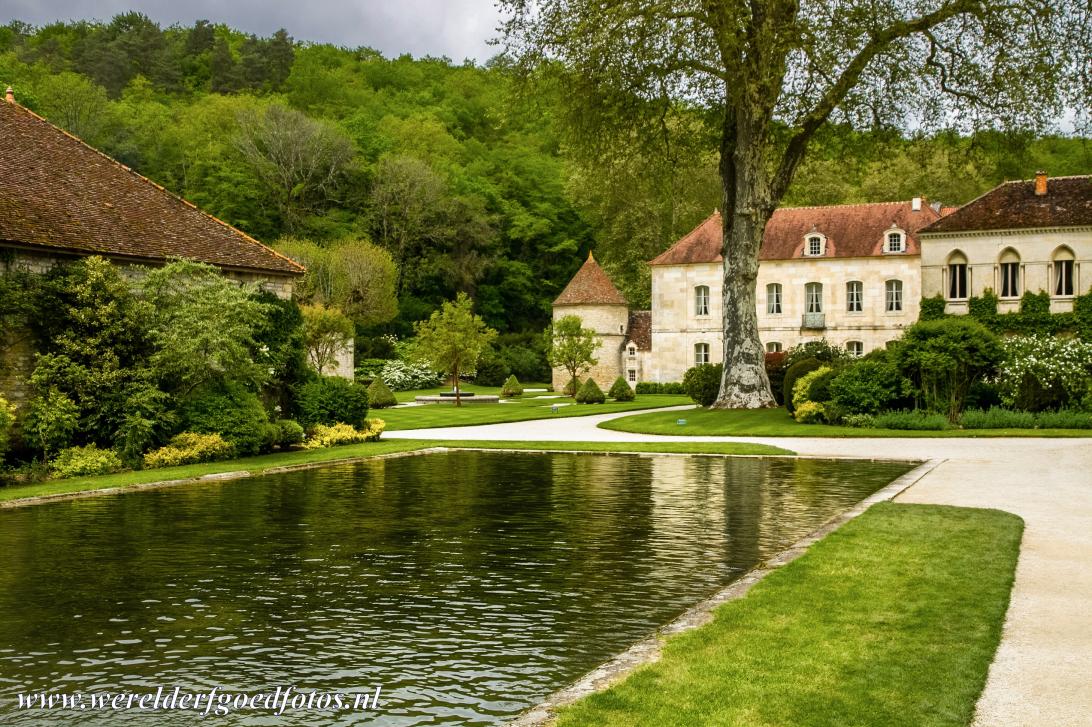