Historic Centre of Telč: During the Middle Ages settlements were built in the forests of Central-Europe. Telč is one of those settlements in the Czech Republic. Telč is located in Moravia, about halfway between Prague and Vienna. The houses of Telč were originally built of wood, after a fire in the 14th century the houses were rebuilt in stone. Telč was fortified by stone town walls and a network of artificial ponds. In the 16th century the houses of Telč were reconstructed in the Renaissance style. In the 17th century the houses were adorned with Baroque elements. The Gothic Castle of Telč was reconstructed in Renaissance style in the 16th century. The castle ranks among the best preserved Renaissance castles in the Czech Republic. The town of Telč has preserved its historical appearance. Telč is located about 35 km west of Třebíč and about 84 km west of Brno. The Historic Centre of Telč was declared a UNESCO World Heritage in 1992. 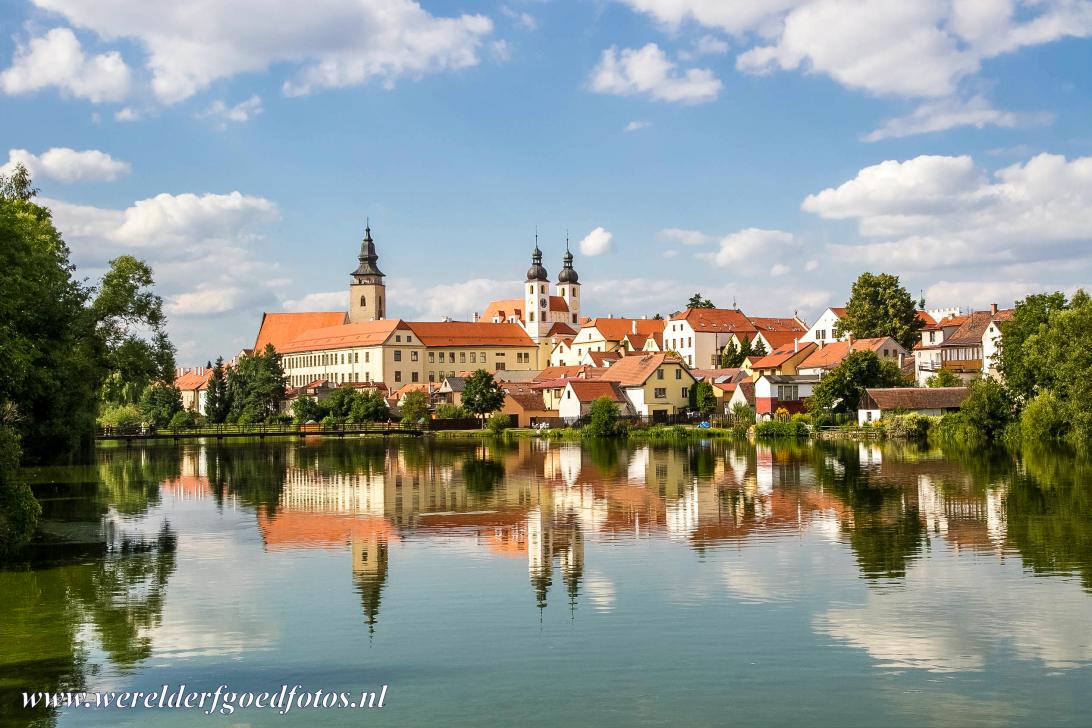 The historic centre of Telč is surrounded by a network of artificial ponds. Telč is a tiny Moravian town in the Czech Republic. Together with a network of town fortifications, the ponds were part of the unique medieval defense system of Telč. The ponds also served as fishponds. The historic centre of Telč was declared a UNESCO World Heritage in 1992.