The Tugendhat Villa in Brno is an unique work of art and design. The villa was designed by the architect Ludwig Mies van der Rohe. His work was influenced by the Dutch artistic movement De Stijl. Mies van der Rohe was the last director of the famous school the Bauhaus. Mies van der Rohe designed the villa for the family Tugendhat. The Tugendhat Villa is a graet example of the Modern Movement, also known as the International Style. The statements of Mies van der Rohe 'less is more' and 'God is in the details' are characteristic for the purity of the form and used materials, glass, steel and concrete. For the first time in the history of architecture a steel structure was used in a private house. Also unique is the combination of warm-air heating and cooling. Lilly Reich designed the carpets, textiles and furniture. In 1992, the villa was used as the location where the agreement dividing Czechoslovakia into two independent states was signed, Czech Republic and Slovakia. Some World Heritage Monements close to Brno: Telč about 84 km to the west; Litomyšl about 78 km to the north; Olomouc about 65 km to the northeast; Kroměříž about 58 km to the east; Lednice-Valtice about 55 km to the south; Třebíč about 55 km to the west.The Tugendhat Villa in Brno was declared a UNESCO World Heritage in 2001. World Heritage Art: Tugendhat Villa in Brno 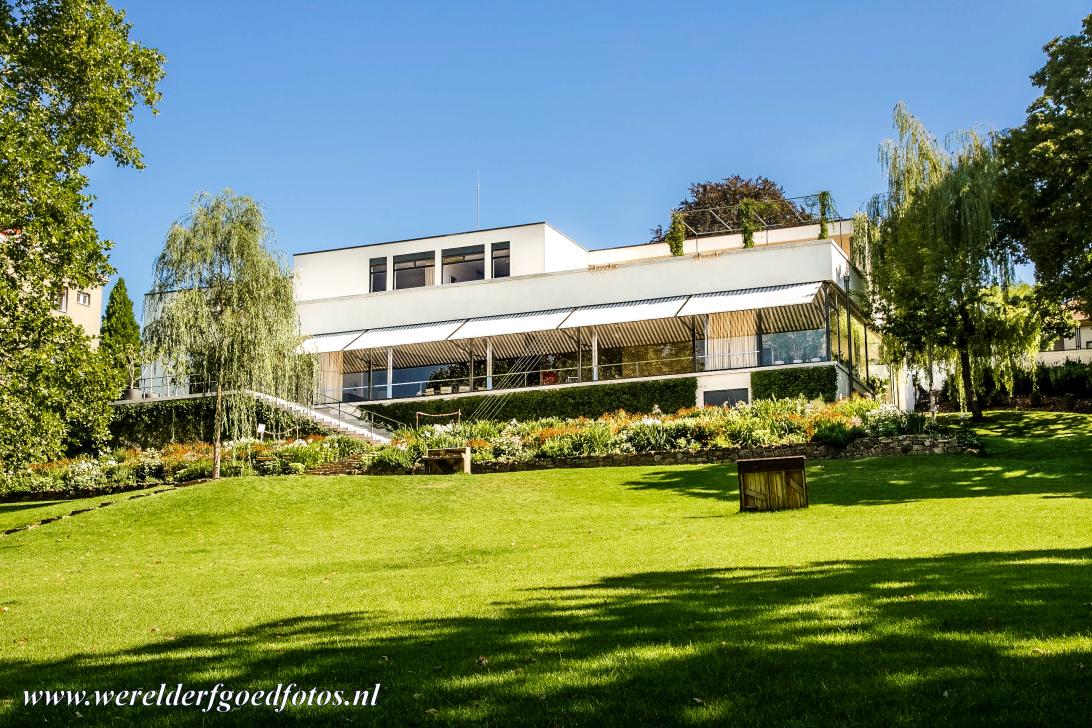