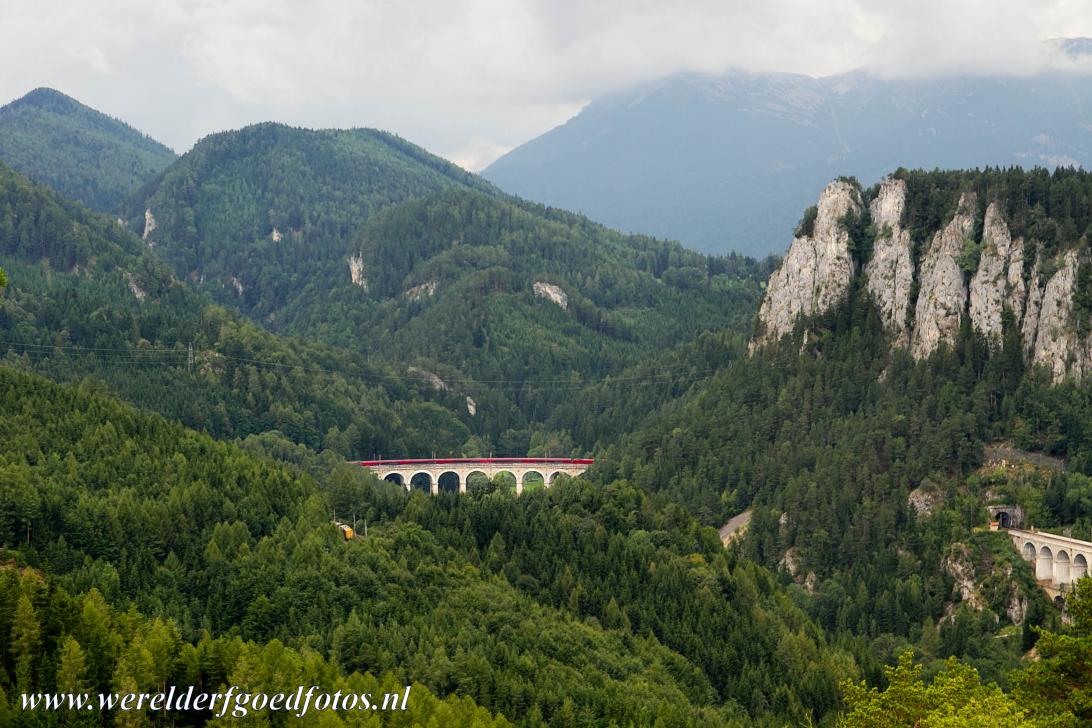 The Kalte Rinne viaduct, also known as the 20-Schilling Blick, is the most impressive part of the Semmering Railway. The Semmering Railway is the last connection between Vienna and Trieste. The construction started in 1848, it took six years to complete the railway line, it was completely built with hand tools, there were no tunnel drilling machines at that time, so they had to do drill all the tunnels by hand. The Semmering Railway became a UNESCO World Heritage in 1998.