Las Médulas is located between Lugo and León in the northern part of Spain. Las Médulas is a dramatic landscape, shaped by human intervention and natural processes. Las Médulas was the most important gold mine in the Roman Empire. The opencast mining or Ruina Montium was one of the mining systems used by the Romans. By this system the Romans mined the gold-rich soil with tunnels and shifts. Water was conducted through the tunnels acting as an explosive, resulting in the collapsing of the mountain. After the collapse, water was used to conduct the gold-rich mud to the washing canals. Ruina Montium caused the formation of a dramatic landscape with caves such as La Cuevona, the Huge Cave, and Cueva La Encantada, the Enchanted Cave. Today, the red mountains of Las Médulas are covered by wild flowers, oaks and sweet chestnut trees. Las Médulas is situated along the Ruta de la Plata, the Silver Route, an ancient Roman road from Mérida in the south to Astorga in the north. Las Médulas is situated close to Ponferrada, a town along the Way of St. James to Santiago de Compostela. Las Médulas was declared a UNESCO World Heritage in 1997. 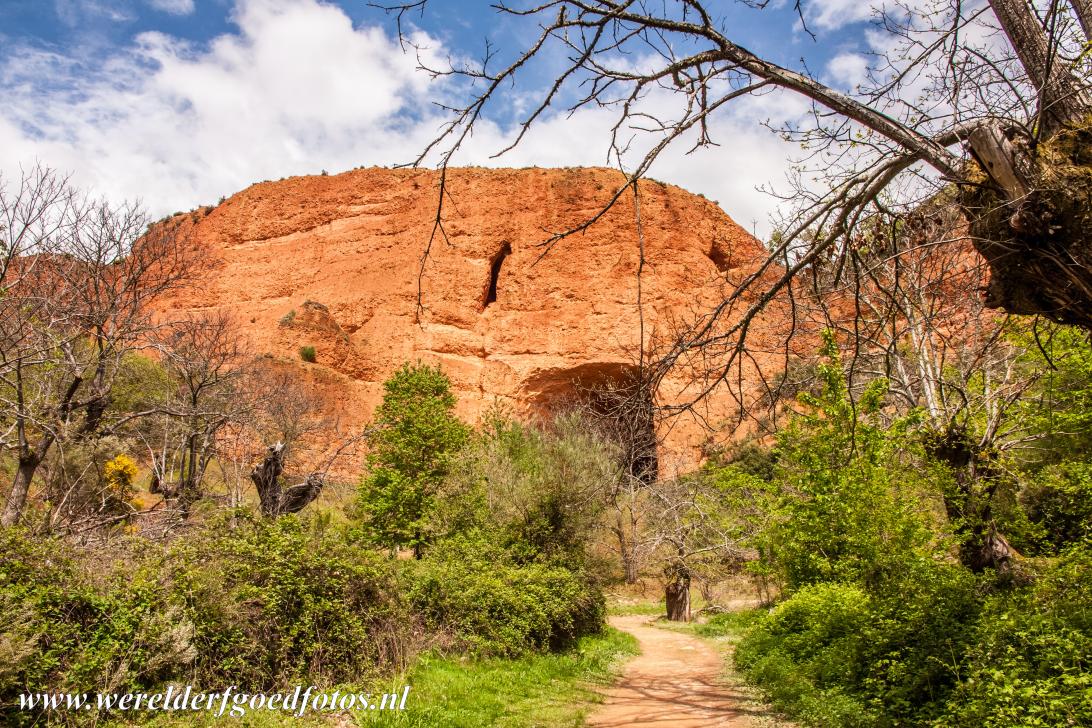