Mill Network at Kinderdijk-Elshout: Windmills were built to drain the Dutch polders. Windmills are characteristic of the landscape of the Netherlands and a symbol of their struggle against the water. For centuries, the windmills made it possible to keep the Dutch polders dry in wet seasons or keep agricultural fields wet in dry seasons. In times of threat of war, water became an ally, the polders could be flooded to create a defence line. The Mill Network at Kinderdijk-Elshout is an outstanding man-made landscape in the Netherlands. The mill network was built in the period 1738-1740 to drain the Alblasserwaard polder. More than 150 windmills were used to drain the Alblasserwaard polder and prevent the land from flooding. The water was pumped into drainage canals, the canals carried the water into the river Lek. Today, the Mill Network at Kinderdijk consists of 19 monumental mills. In the late 19th century, the iconic windmills were replaced by steam pumping stations. All the mills of Kinderdijk are still maintained in operating condition and function as fall-back mills in case of failure of the modern pumping station. The J.U. Smit Pumping Station at Kinderdijk can pump ca. 1300 m³ of water per minute. The largest steam-driven pumping station in the world is located in the Netherlands. The Mill Network at Kinderdijk-Elshout gained the status as a UNESCO World Heritage in 1997. 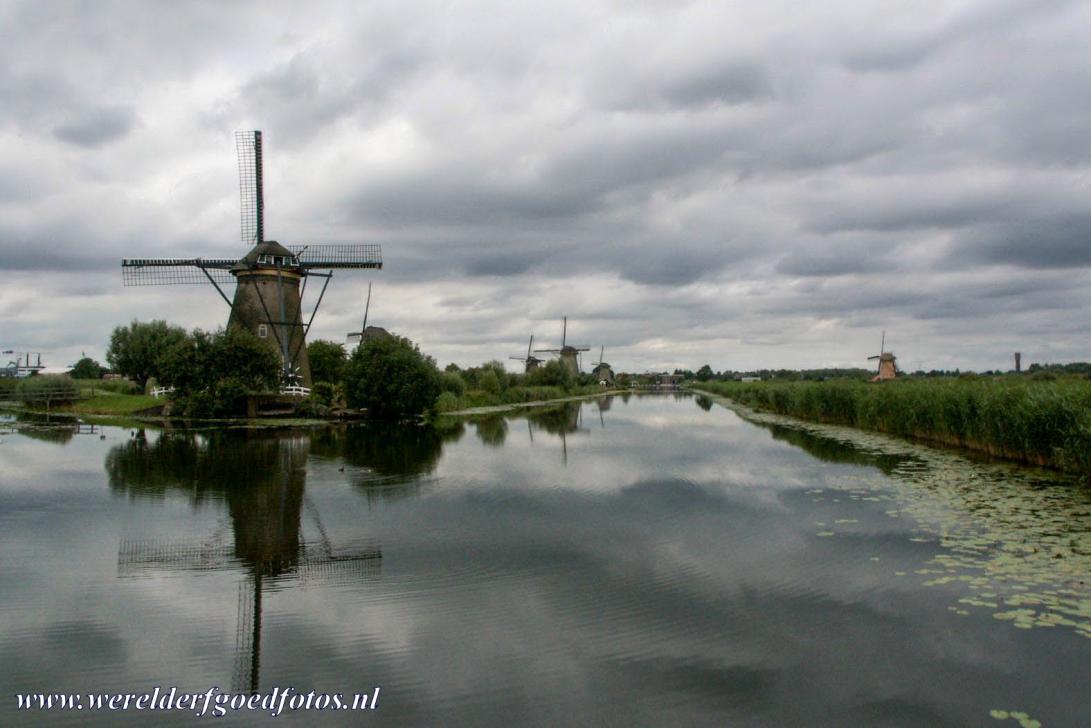