The Cathedral of Notre-Dame, the former Abbey of Saint-Rémi and the Palace of Tau in Reims: Reims Cathedral, the Cathedral of Notre-Dame (Our Lady) in Reims, is located in Reims, the city lies northeast of Paris in France. Reims is the capital city of the Champagne Region. Reims was the site of 25 coronations of French kings, from Louis VIII in 1223 to Charles X in 1825, including the crowning of Charles VII in 1429 in the presence of Joan of Arc, also known as the Maid of Orléans. The construction of the present Reims Cathedral was started in 1211, it was modelled on Chartres Cathedral. The main construction lasted about 80 years, expansions and decorative work on the cathedral continued for several centuries. A labyrinth was inlaid in the nave floor around 1290, the Reims Labyrinth was destroyed in 1779, its details and inscriptions are known from 18th century drawings. Together with the cathedrals of Amiens, Bourges and Chartres, Reims Cathedral is a High Gothic or French Gothic cathedral. During the First World War, Reims Cathedral was heavily damaged. The restoration works started almost immediately after the war and continues until today. Reims Cathedral is situated on the Via Campaniensis, a branch of the pilgrimage route to the town of Santiago de Compostela in Spain. The Cathedral of Notre-Dame in Reims, the former Abbey of Saint-Rémi and the Palace of Tau in Reims were declared a UNESCO World Heritage in 1991. 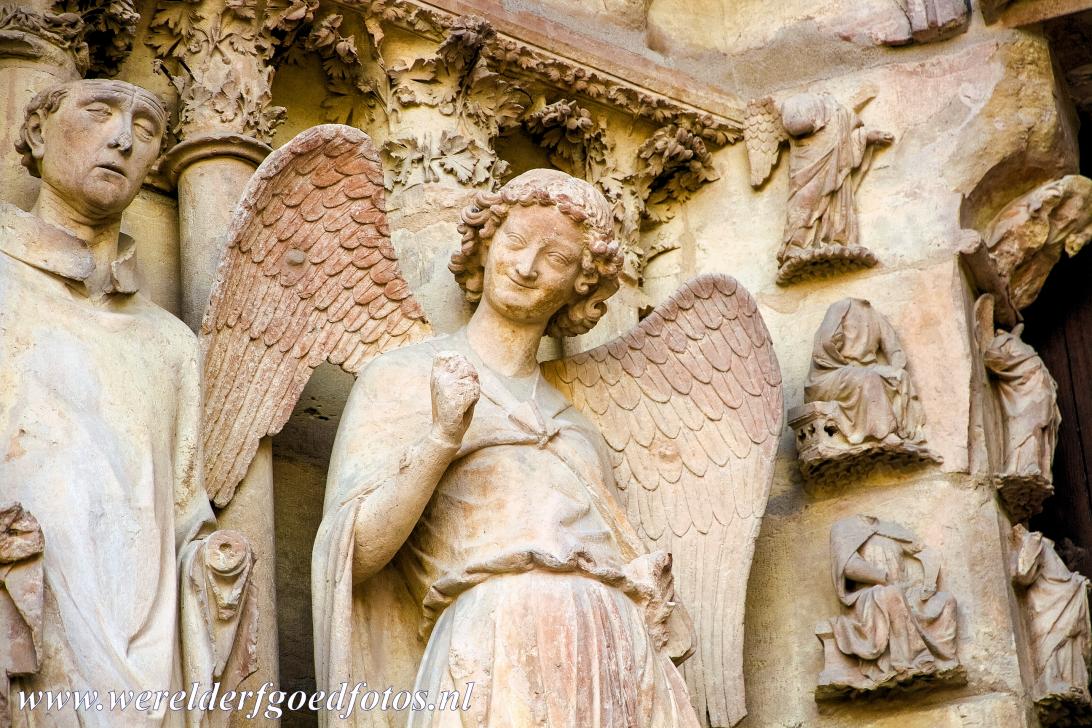