The par force hunting landscape in North Zealand: The landscape covers the two former royal hunting forests Store Dyrehave and Gribskov, as well as the hunting park Jægersborg Dyrehave / Jægersborg Hegn. The hunting grounds and forests are all situated north of Copenhagen. The forests and related buildings are parts of a well-preserved hunting landscape designed in the late 17th and 18th centuries. In 1669, King Frederick III decided to make the current Jægersborg Dyrehave / Jægersborg Hegn a private hunting ground. King Christian V came to power in 1670, he experienced par force hunting in Versailles and introduced it into Denmark. He shaped the royal hunting grounds in North Zealand to fit the par force hunting system, hunting with a dog. This style of hunting required a greater area of land. Christian V expanded the boundaries of the hunting forest to include the area that is today known as Jægersborg Hegn, he also included the area known today as the Eremitagesletten, an area situated in Jægersborg Dyrehave that served as the fields of the village of Stokkerup, the village was demolished and only the Stokkerup Kær remains, the village pond. Christian V created a par force landscape with a star-shaped system of straight hunting roads and squares. The Hermitage Hunting Lodge is located in the middle of Jægersborg Dyrehave amidst a network of hunting trails. Jægersborg Dyrehave is situated about 20 km north of Copenhagen, Denmark. There are several World Heritage Sites situated around Copenhagen: Roskilde Cathedral 43 km to the west, Kronborg Castle 38 km to the north and Stevns Klint about 79 km to the south. The par force hunting landscape in North Zealand was declared a UNESCO World Heritage in 2015. 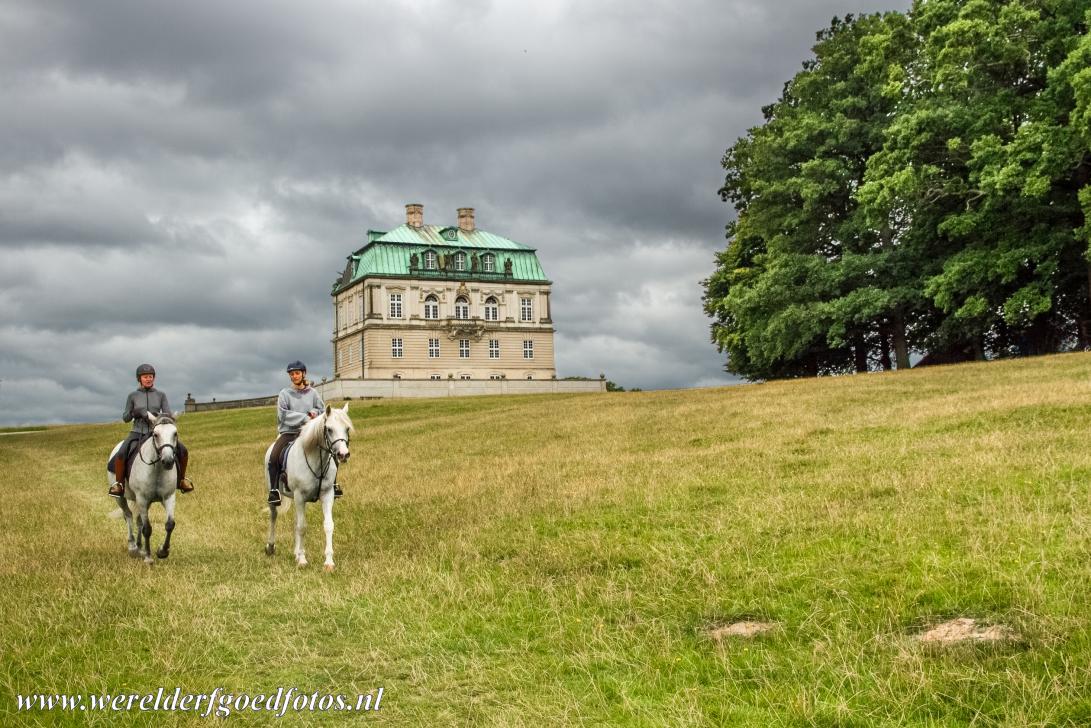