Bourges Cathedral: The Cathedral of Saint-Étienne de Bourges is situated in Bourges, a large city just outside the Loire Valley. A Romanesque cathedral was built in Bourges in the 11th century. A century later, the cathedral was rebuilt into a Gothic cathedral, the present Cathedral of Saint-Étienne de Bourges. The cathedral is the broadest of all Gothic cathedrals in France. The main construction phase was roughly in the same period as Chartres Cathedral. Bourges Cathedral has no transepts, which forms the cross-shape of the most Christian churches, it has five naves. Each of the naves has its own sculpted portal on the west façade. The Notre-Dame in Paris has also five naves, but only three portals on its façade. The north tower of Bourges Cathedral fell down in 1506, it was rebuilt in 1542 and is known as the 'Tour de Beurre' (Butter Tower). The south tower of Bourges Cathedral had structural problems and has never been able to carry church bells, it is a so called 'deaf tower'. Bourges Cathedral stands on the site of a 3th century pilgrimage church. The present cathedral is also a pilgrimage destination and one of the many monuments on the pilgrimage route to the Spanish town of Santiago de Compostela. In 1992, Bourges Cathedral gained the status as a UNESCO World Heritage. 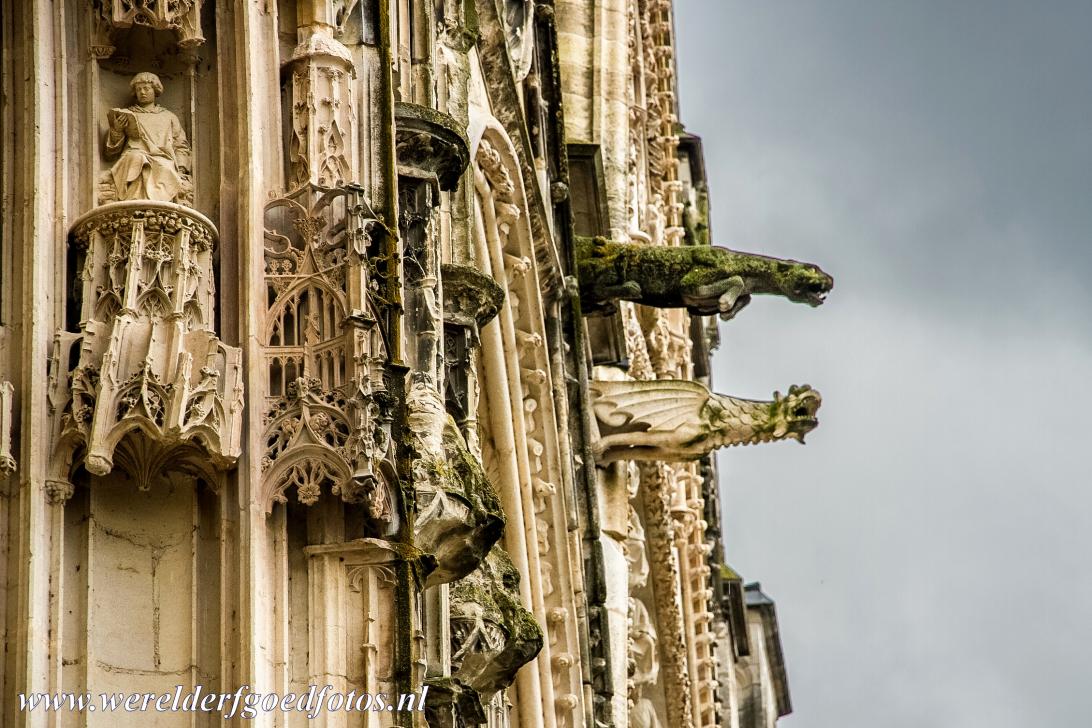