Old Town of Segovia and its Aqueduct: Segovia is a small town in central Spain. Segovia was conquered by the Romans in the 1st century and became a strategic military base. The most famous sight of Segovia is an aqueduct, built by the Romans. The Roman aqueduct is well preserved and a famous symbol of Segovia. The Aqueduct of Segovia was probably built at the end of the first century and in the beginning of the second century. The aqueduct has 167 both single and double arches. The aqueduct reaches a height of 28 metres and is 728 metres long. Along with the Pont du Gard in France, the aqueduct of Segovia is one of the best preserved Roman aqueducts. Segovia has many monuments, among them the Alcázar. The Alcázar is an 11th century fortress, the Alcázar of Segovia was built on a steep rock high above the juncture of two rivers. The Segovia Cathedral is the last Gothic cathedral built in Spain, it was consecrated in 1768, it has about twenty richly adorned chapels. The historic town of Segovia is surrounded by medieval walls, one of the town gates was built in the Mudéjar style. Segovia is situated along the pilgrimage route of Santiago de Compostela. The old town of Segovia and its aqueduct gained the status as a UNESCO World Heritage in 1985. 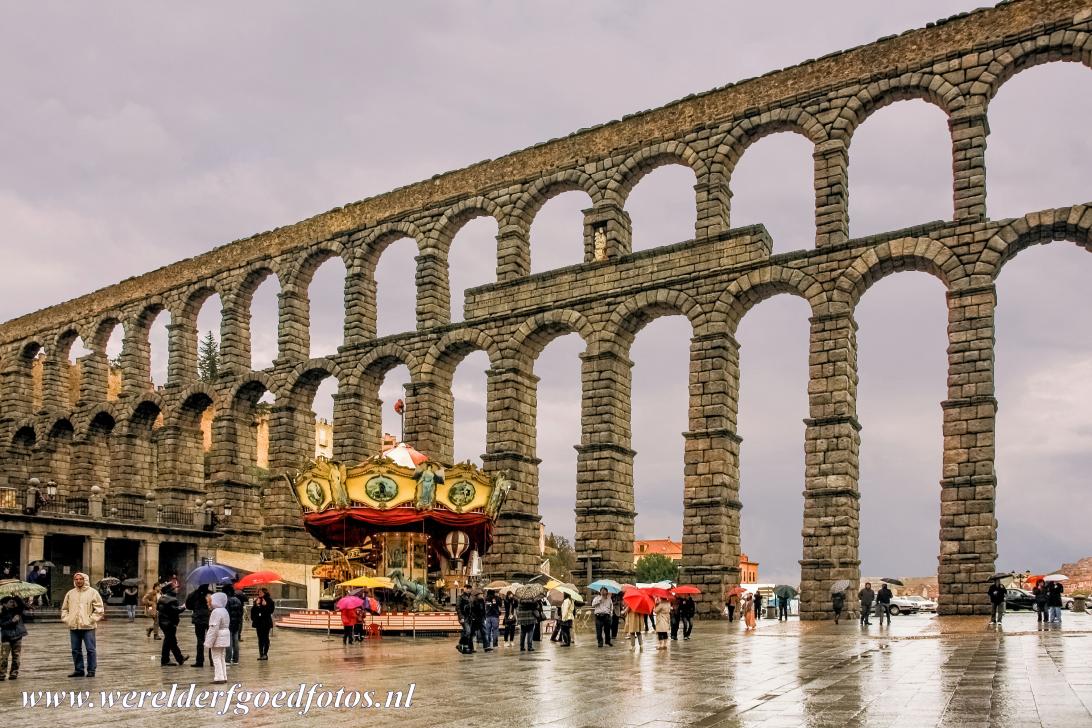