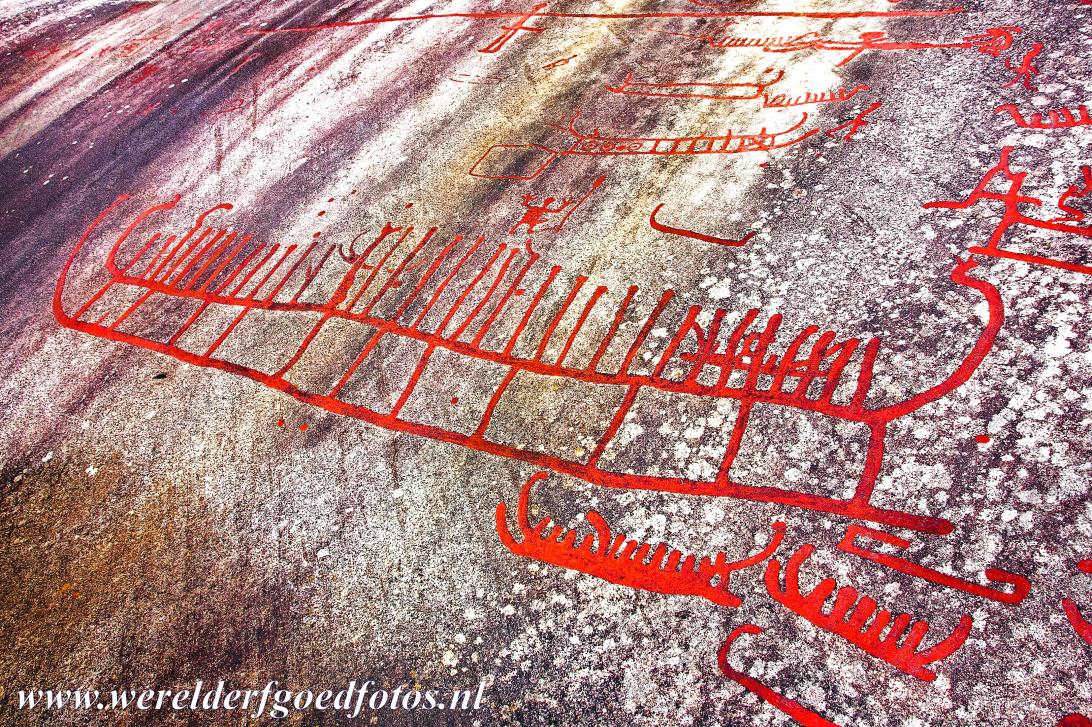 Rock Carvings in Tanum: The Vitlycke Rock is quite unique in containing rock carvings relating to magic, rituals, power and love. Most of the figures on the Vitlycke rock can be dated to the Late Bronze Age, 1000-500 BC. The last carved rock images are from the beginning of the Iron Age, 500 BC. The Rock Carvings in Tanum gained the status as a UNESCO World Heritage in 1994.