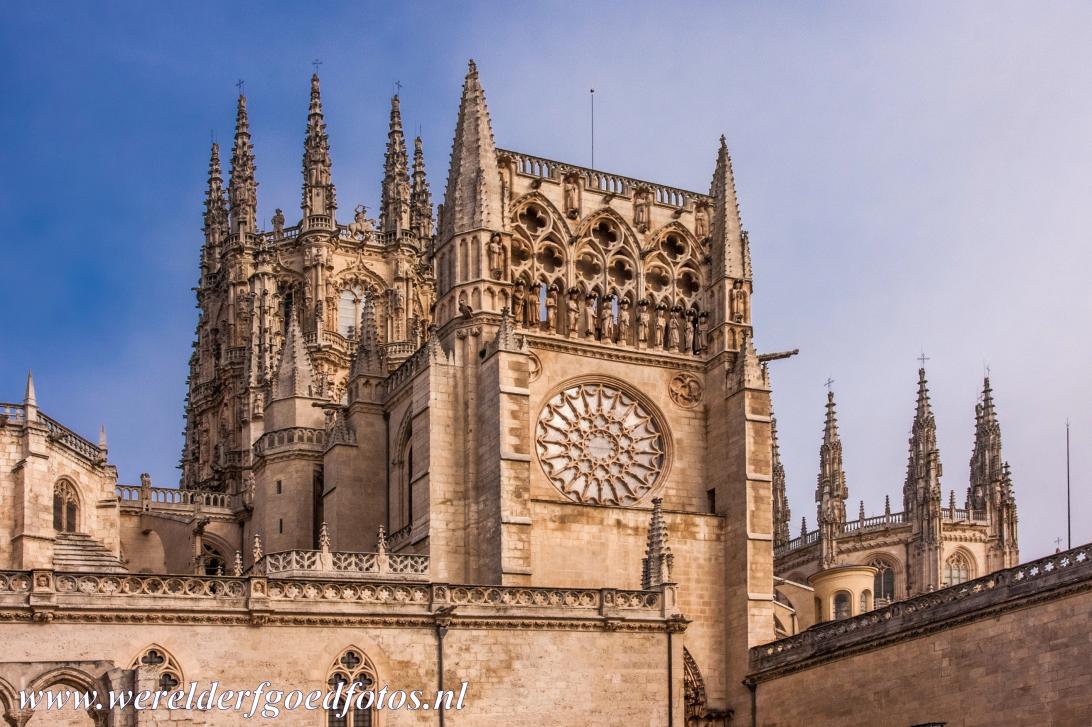 Burgos Cathedral: The 16th century octagon-shaped tower of the transept. The construction of the cathedral was begun in 1221. In the 15th and 16th centuries, important modifications were made to the cathedral, including changes of the spires and the octagonal tower of the transept was built. Burgos Cathedral was declared an UNESCO World Heritage in 1984