The town of Bamberg is a remarkable example of a central European town with a basically early medieval plan. Bamberg stretches over seven hills and each hill is topped by a church. The town of Bamberg is often referred to as the Franconian Rome, because just like Rome, Bamberg was built on seven Hills. The architecture of Bamberg had a strong influence on northern Germany, but also in surrounding countries, such as Poland and Hungary. In the 18th century, Bamberg became a major centre of the Enlightenment in southern Germany. One of  the monuments in the town of Bamberg is the 14th century Old Town Hall of Bamberg, built in the middle of the river Regnitz. Several other monuments are the Old Court and New Residence of Bamberg and Bamberg Cathedral. The cathedral houses a unique work of art, the 13th century stone statue of the Bamberger Reiter, the Bamberg Horseman. Little Venice is small a colony of medieval half-timbered fisherman's houses along one side of the River Regnitz. The Baroque New Town Hall of Bamburg was built by Balthasar Neumann between 1732 and 1737, it is situated on the Maximiliansplatz, the largest town square of Bamberg. The town of Bamberg is situated about 64 km from the World Heritage in Bayreuth and about 95 km from the World Heritage in the city of Würzburg. The town of Bamberg gained status as a UNESCO World Heritage in 1993. 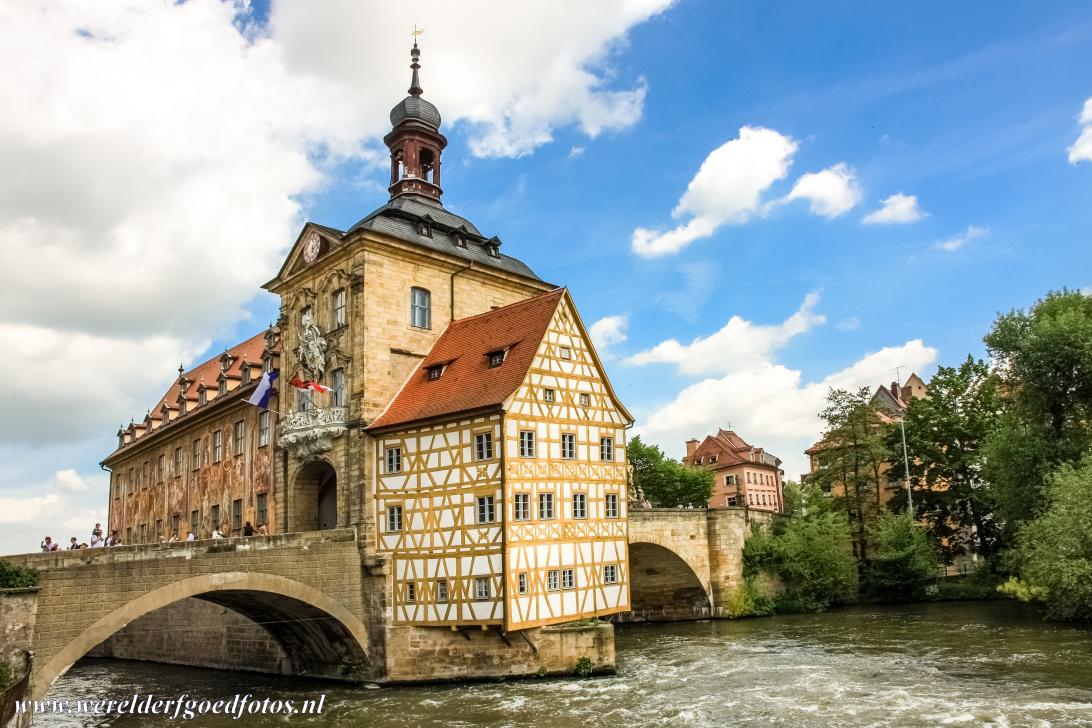