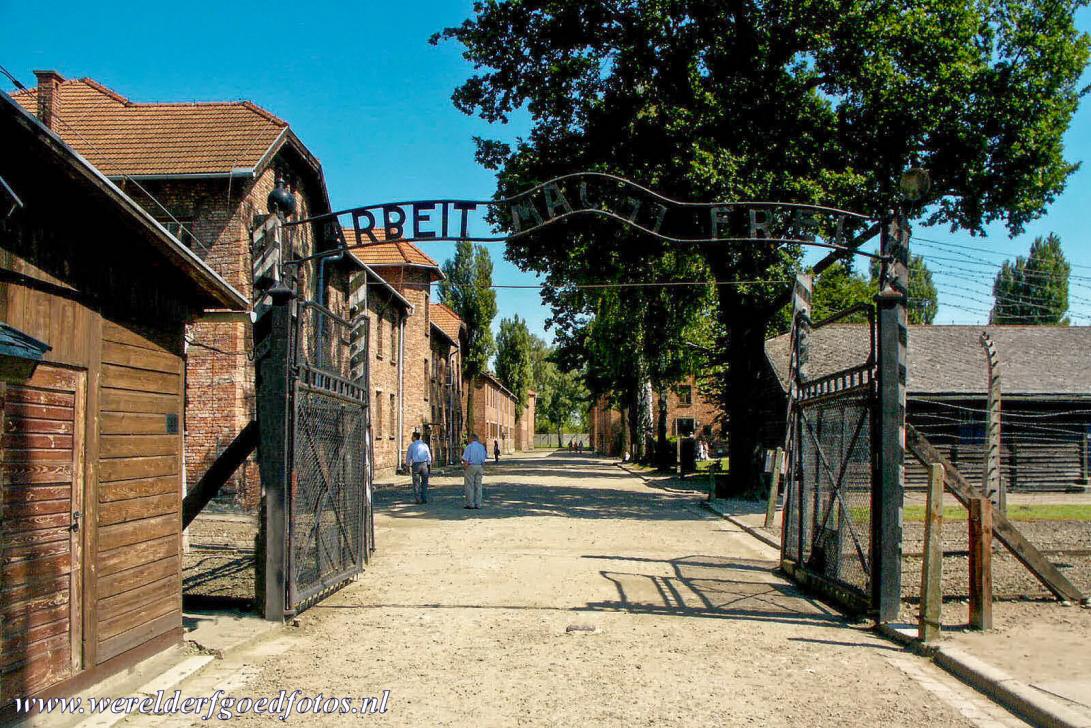 Auschwitz - Birkenau German Nazi Concentration and Extermination Camp (1940-1945): The main gate with the slogan 'Arbeit macht Frei' (Work sets you free) of Auschwitz I. The sign was erected by order of Rudolf Höss, the longest serving Nazi commandant of Auschwitz. The sign was created by prisoners in 1940, they turned the letter B upside down, probably as an act of resistance.