The Museumsinsel (Museum Island) is a unique ensemble of museums on Spree Island in the centre of Berlin, the capital city of Germany. The island is surrounded by the Spree River. The museums on the Museumsinsel were built between 1824 and 1930. The museums were built to compete with cities like Florence, Paris and London. The Museumsinsel in Berlin illustrates the result of modern museum design in the 19th and 20th centuries. All together, the five museums on the Museumsinsel houses artefacts from more than 6,000 years old and numerous works of art. The Altes Museum houses a collection of Classical Antiquities. The most famous artefact of the Neues Museum is the bust of the Egyptian Queen Nefertiti. The Pergamonmuseum houses a collection of reconstructions of ancient architecture such as the Pergamon Altar, the Mshatta Façade, the Market Gate of Miletus, the Ishtar Gate of Babylon and the Aleppo Room. The Bode Museum houses Byzantine and Renaissance Art, among them works from Ravenna. The Alte Nationalgalerie houses work of French Impressionists. Nearly seventy percent of the museums were destroyed during WWII. The reconstruction and renovation of the museums took years and has given back the Museumsinsel its greatness. The Berliner Dom (Berlin Cathedral) was built in 1895-1905 and is the only building on the Museumsinsel, which is not a museum. The Berliner Dom was severely damaged during WWII, after restoration the Dom was reopened in 1992. Besides the Museumsinsel, there are another two UNESCO World Heritage Sites in Berlin: the Berlin Modernism Housing Estates and the Palaces and Parks of Potsdam and Berlin. Museumsinsel (Museum Island), Berlin gained status as a UNESCO World Heritage in 1999. World Heritage Art: Nefertiti 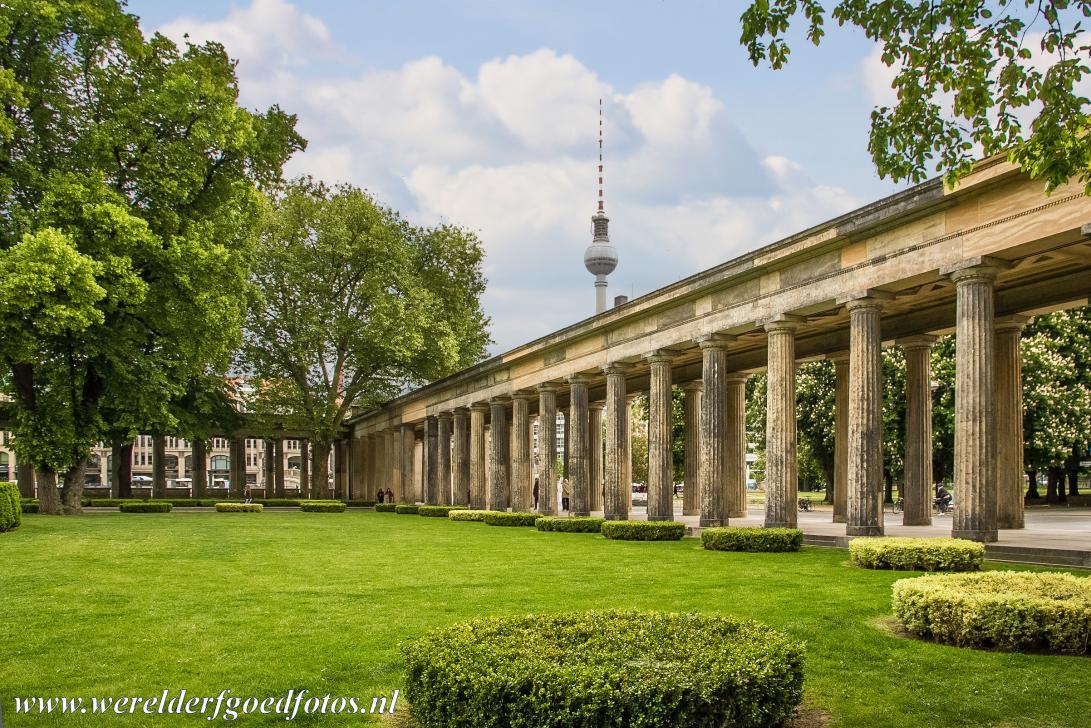