Historic Centre of Évora: Evora is situated in the heart of the Alentejo region of Portugal, about 130 km east from Lisbon. The history of the town of Évora goes back to the Neolithic period, the surrounding landscape of Évora comprises a large number of megalithic monuments, the most important are the Almendres Cromlech, the menhir of Almendres and the Anta Grande do Zambujeiro. Évora was a thriving town in the Roman Times, the Temple of Diana is a reminder of this period. Evora is still surrounded by its medieval fortified town walls. In the 15th century, Évora was the residence of the Kings of Portugal and became the second town of the country. The University of Évora was founded by the Jesuits in 1559, it was the second university founded in Portugal, after the University of Coimbra. The Jesuits were expelled from Portugal in the 18th century and the University of Évora was closed in 1779, the university was reopened nearly two hundred years later in 1973. One of the most remarkable monuments in Évora is the Chapel of the Bones in the Igreja Real de São Francisco, it is one of the most visited monuments in Évora. Another outstanding monument in Évora is the 16th century Agua de Prata Aqueduct. The Cathedral of Évora is a fine example of Gothic style, the design of the octagonal crossing tower resembles that of one of the towers of the Old Cathedral of Salamanca. It is common belief that, before the first expedition of the navigator Vasco da Gama to India in 1497, the flags of the fleet were blessed in the Cathedral of Évora. The Historic Centre of Évora was declared a UNESCO World Heritage in 1986. 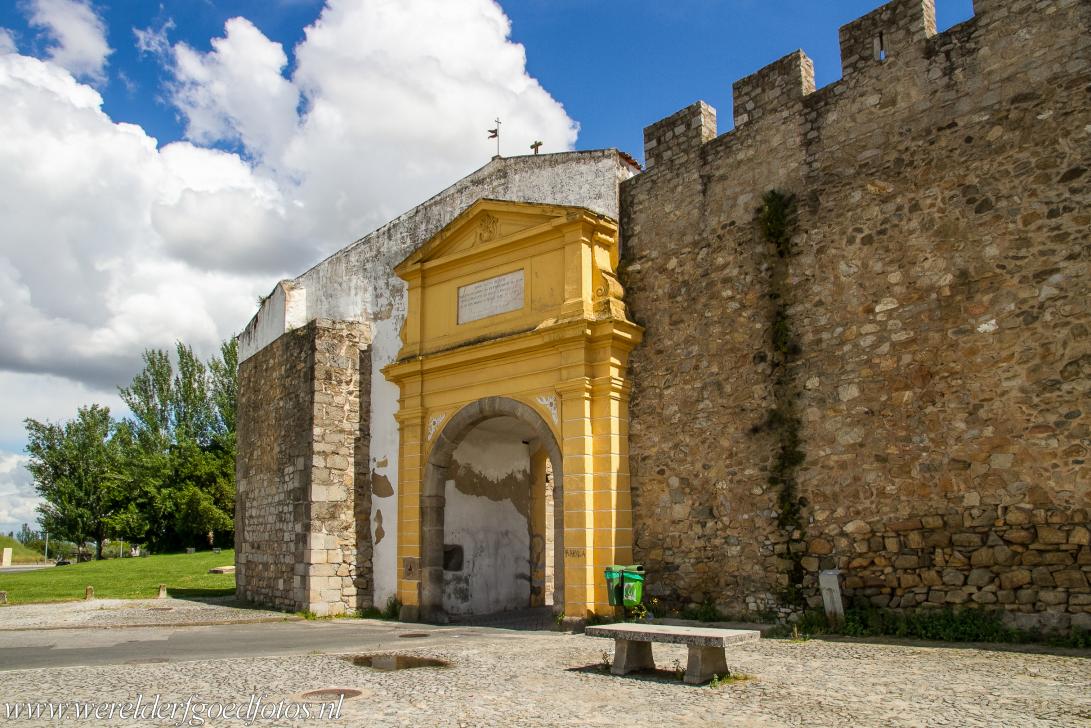 Historic Centre of Évora: The Porta de Avis, the Gate of Aviz, is one of the town gates of Évora. The gate was named after the House of Aviz, the second dynasty of  kings of Portugal. Evora is situated in the heart of the Alentejo region, 130 km east of Lisbon. Évora is surrounded by cork oaks, vineyards and olive groves. The Historic Centre of Évora is a UNESCO World Heritage.