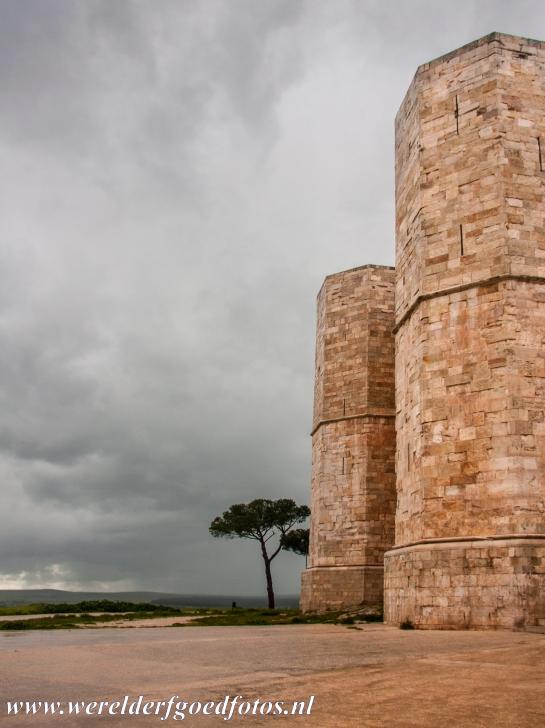 The imposing Castel del Monte is situated on an isolated hill at an altitude of 540 metres. The castle is an unique masterpiece of medieval military architecture, it features cultural elements from the classical antiquity, the Muslim world and northern Europe. Castel del Monte was part of a large network of defensive castles and residences built by the Roman Emperor Frederick II.