Monte San Giorgio is a cross-border UNESCO World Heritage Site, shared by Switzerland and Italy. The wooded mountain of Monte San Giorgio lies in the southern part of the canton of Ticino in Switzerland, 50 km from Bellinzona and 40 km from Varese. The pyramid-shaped mountain is situated on the Italian-Swiss border and is overlooking Lake Lugano. Monte San Giorgio is a site of extreme historical, archaeological and scientific importance. The rocks of Monte San Giorgio contain a rich quantity of fossils that date back to the Triassic Period (250-230 million years ago). During the Triassic Period, Monte San Giorgio was not the mountain that we know today, but a subtropical lagoon, it was partially separated from the open sea by an offshore reef, the seabed of the lagoon created an environment favorable to the preservation of the remains of the animals that inhabited the lagoon. Because the lagoon was near land, the fossils include not only marine fossils, but also fossils from the nearby land, such as insects, reptiles and plants. The Fossil Museum at the village of Meride in Switzerland and the Fossil Museum at the town of Besano in Italy exhibits a selection of the fossilized animals and plants from the Monte San Giorgio and nearby mountains. The Monte San Giorgio gained the status as a UNESCO World Heritage in 2003. A section of the mountains Poncione d'Arzo (also Monte Pravello) and Monte Orsa, situated in Italy, were added in 2010. The Monte San Giorgio is a natural World Heritage Site. Another major fossil site in Europe is the Messel Pit in Germany. 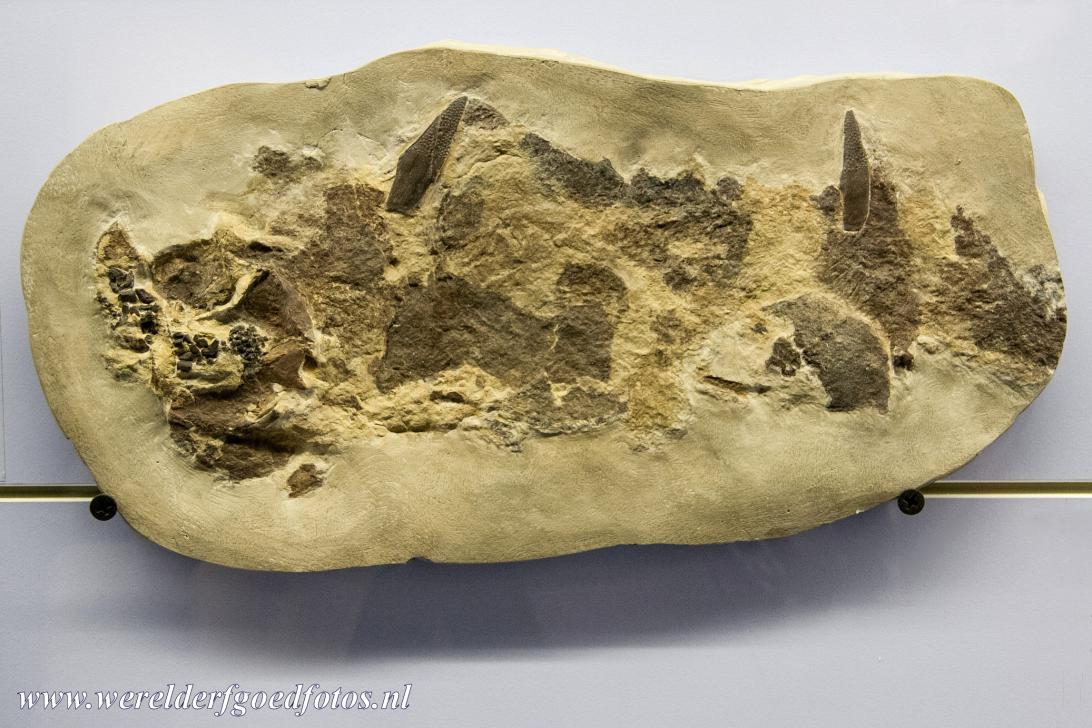