Messel Pit Fossil Site: The Messel Pit Fossil Site is located about 25 km south of Frankfurt am Main, near Darmstadt and the village of Messel in Germany. The Messel Pit holds the richest deposit of mammal fossils in the world. The Messel Pit was originally a oil shale mine in the period 1859-1971. After the mine was closed, the local govornment considered to fill the open mine pit with garbage despite the knowledge of fossils. The scientific community was succesful in saving the Messiel Pit and to protect it as a national monument. The fossils found here date back to the Middle Eocene, 47.8 to 38 million years ago. In that time, the Messel pit was a deep volcanic crater lake in a wet tropical climate. Probably due to volcanic gas, birds, bats and other animals might have been overwhelmed and fallen into the lake, the water of the lake had nearly no oxygen, where birds, bats and other animals were preserved remarkable well. The first fossil was found in 1875, a well-preserved crocodile. Insects, turtles, fish, mammals, species of plants, and even a prehistoric horse were discovered. The Messel Pit is the richest site in the world for understanding the living environment during the Eocene. The Messel Pit, the Grube Messel, is located about 40 km north of the UNESCO World Heritage the Abbey of Lorsch. The Messel Pit Fossil Site was declared a UNESCO World Heritage in 1995. It is a natural World Heritage Site. Another major fossil site in Europe is Monte San Giorgio, a mountain on the border between Italy and Switzerland. 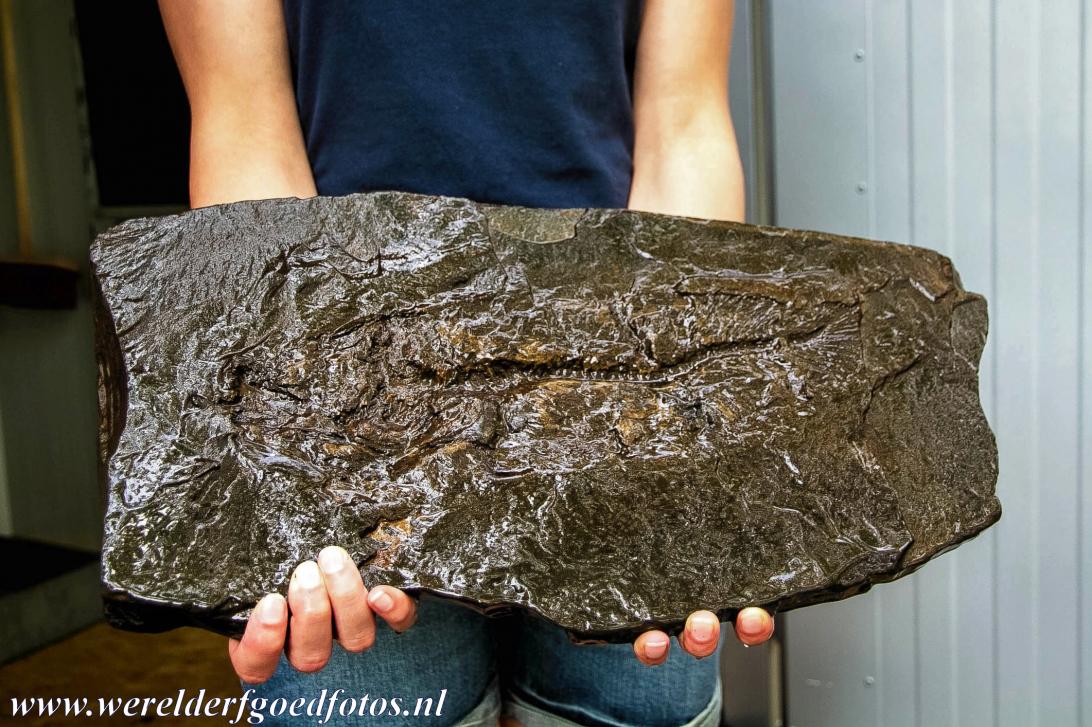 A fossil in oil shale, found at the Messel Pit in Germany. The Messel Pit holds the richest deposit of mammal fossils in the world. The first animal fossil was dicovered in 1875, the remains of a crocodile. The fossils found in the Messel Pit date back to the Middle Eocene, 47.8 to 38 million years ago. The Messel Pit Fossil Site was declared a UNESCO World Heritage in 1995.