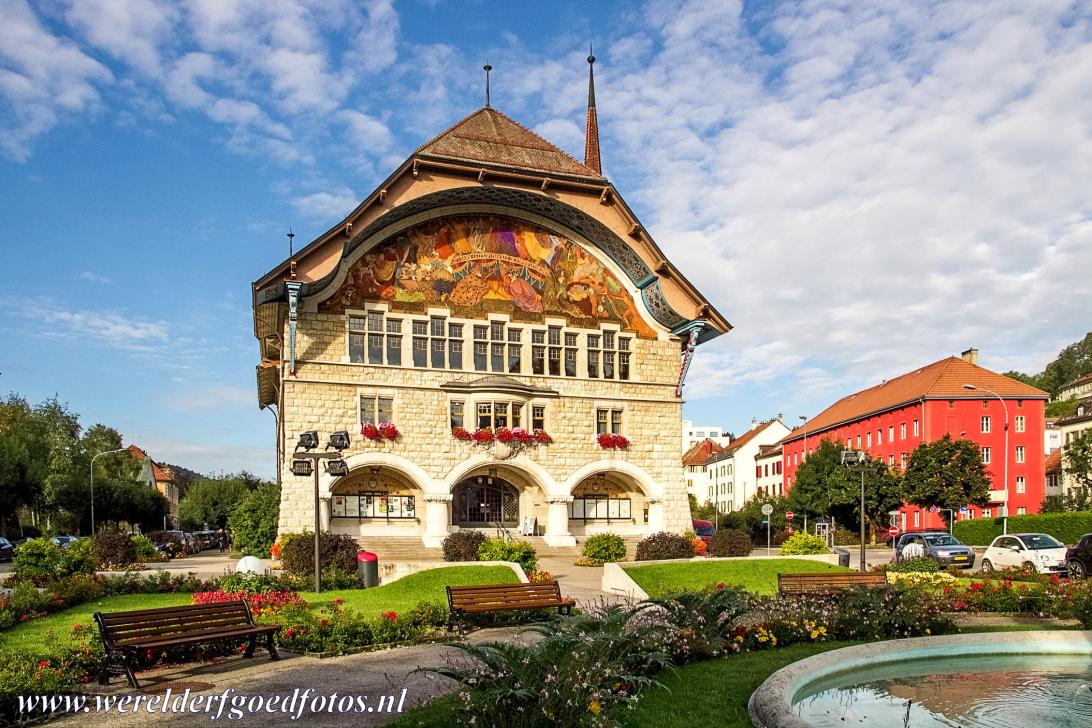 La Chaux-de-Fonds / Le Locle, Watchmaking Town Planning: The former town hall of Le Locle was built in 1839-1841. It is decorated on the outside with frescoes, on the inside with tempera paintings. After fires in the 18th and 19th centuries, the towns La Chaux-de-Fonds and Le Locle  were rebuilt in a chessboard pattern. The open planning of the urban space has encouraged the continual development of the watchmaking towns from the 18th century until today.