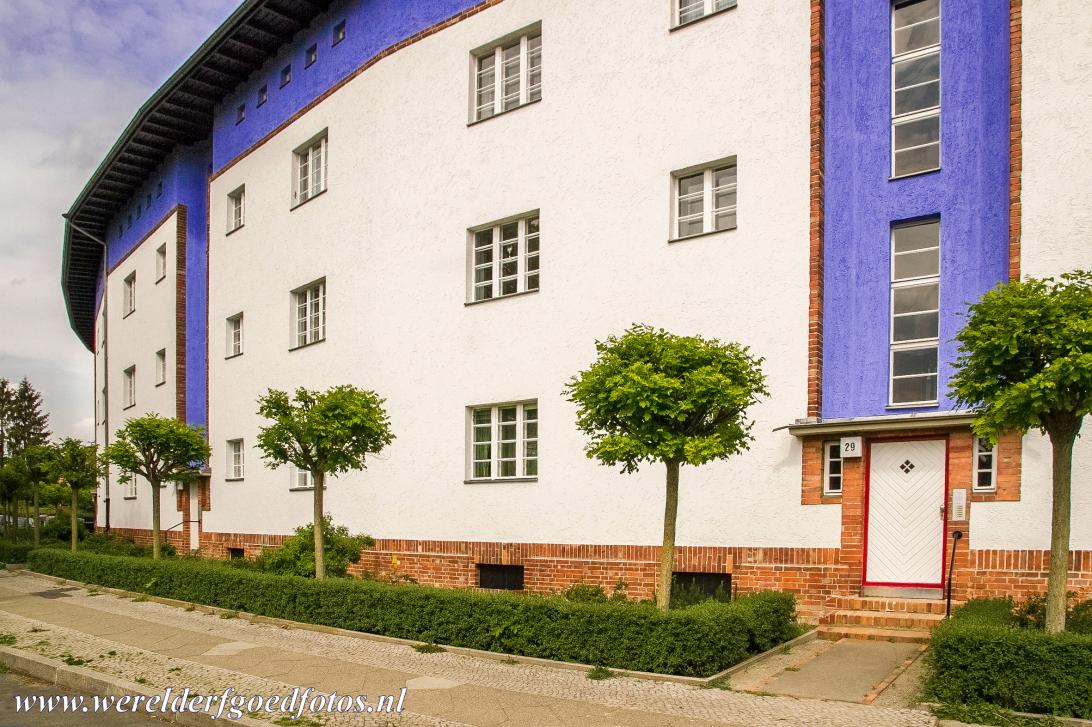 Berlin Modernism Housing Estates: The Horseshoe Settlement (in German: Hufeisensiedlung) in Großsiedlung Britz in Berlin. The modernism housing estates were designed in the style of the Modern Movement. The six modernism housing estates were built in 1913-1934, they exercised substantial influence on the development of modern housing around the world. The Modernism Housing Estates in Berlin were inscribed on the UNESCO World Heritage List in 2008.