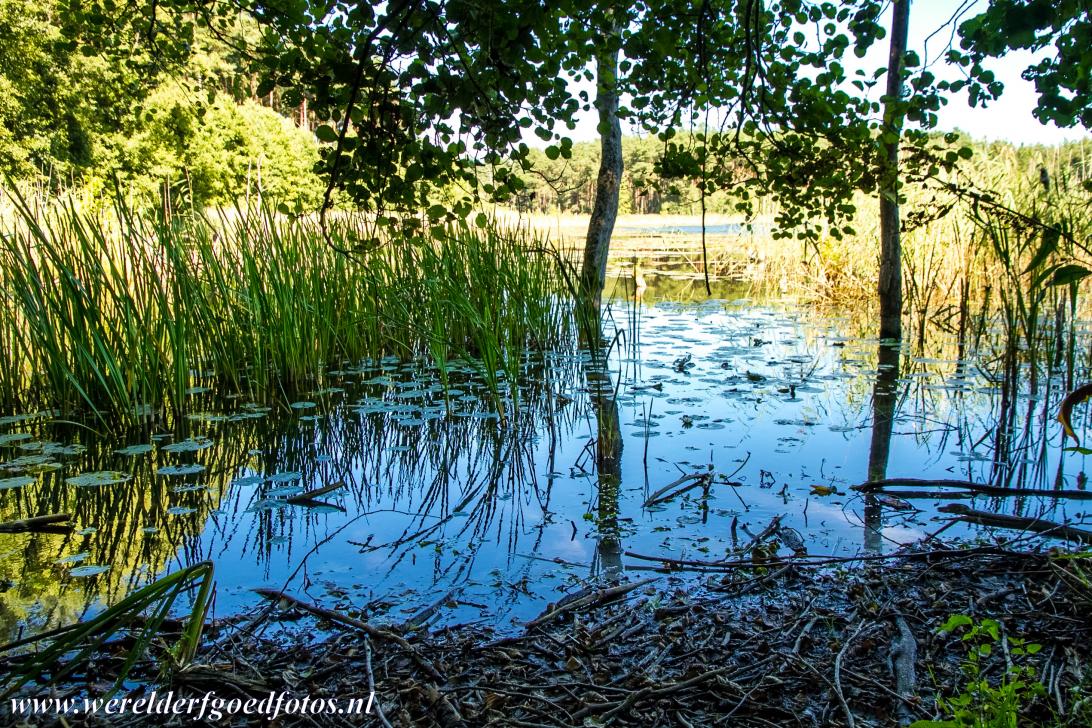 National Park Müritz in Germany: The remnants of several beeches floating on a swampy lake. There are about hundred lakes in the national park, most of the lakes are surrounded by reed belts. The park contains one of the last remaining parts of the ancient beech forests, that once covered a large part of Europe. The Ancient Beech Forests of Germany were inscribed on the UNESCO World Heritage List in 2011.