Historic Centre of the City of Salzburg

Historic Centre of the City of Salzburg: Salzburg is located in the Salzkammergut region, the city lies on the banks of the Salzach River in the beautiful setting of the Alps in Austria. Salzburg was the meeting-point of northern and southern Europe. Salzburg developed over the period from the Middle Ages to the 19th century when it was a city-state ruled by a prince-archbishop. The historic city of Salzburg is dominated by the Fortress Hohensalzburg, situated on top of the Mönchsberg Mountain. The construction of the Hohensalzburg began in 1077. It was the seat of the prince-archbishops of Salzburg. The historic centre of Salzburg is famous for its Baroque churches and towers, most of them were designed by the Italian architects Santino Solari and Vincenzo Scamozzi, such as the Baroque Salzburg Cathedral. The famous composer Wolfgang Amadeus Mozart was born in Salzburg in 1756. Nowadays, his birth house is a museum. The life of the family von Trapp, renowned  from the musical 'The Sound of Music', is strongly connected with that of the city of Salzburg. The Historic Centre of the City of Salzburg gained the status as a UNESCO World Heritage in 1996. 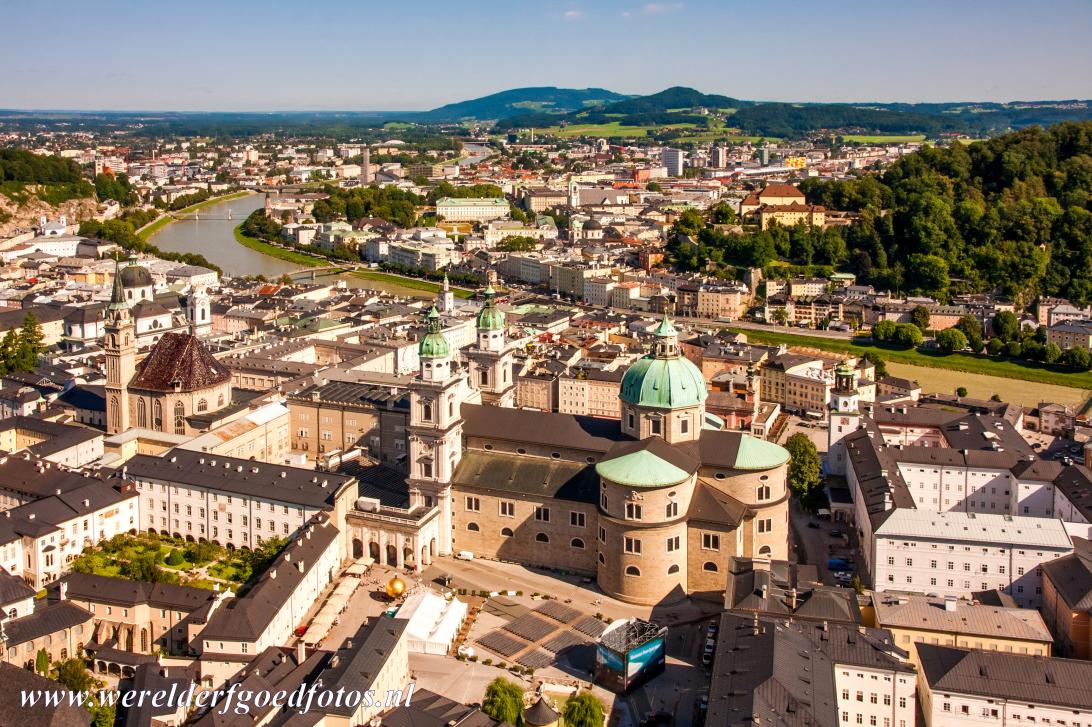