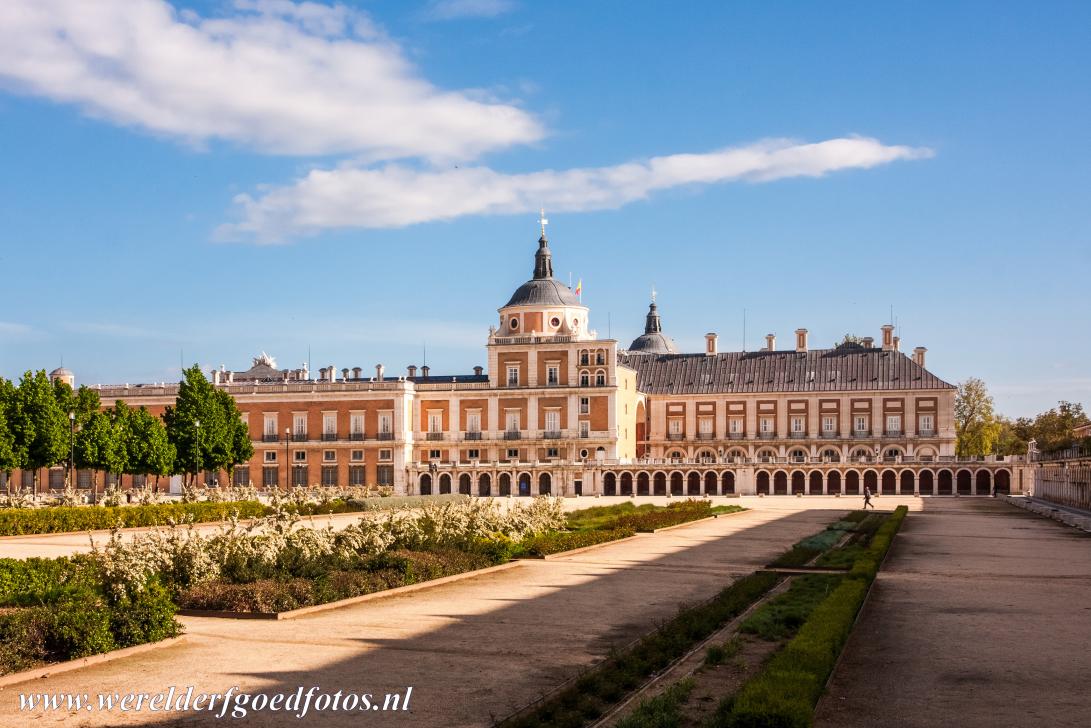 Aranjuez Cultural Landscape: The Plaza de Parejas is a large square in front of the Royal Palace of Aranjuez. Aranjuez is situated between the Tagus River and Jarama River. The rivers and their canals irrigate the fertile soil of Aranjuez. Aranjuez is famous for its orchards and gardens. The most important monuments of Aranjuez are the Royal Palace, the Casa del Labrador and Royal Gardens. The Aranjuez Cultural Landscape was declared a UNESCO World Heritage in 2001.