Jelling Mounds, Runic Stones and Church: Jelling consists of two burial mounds, the largest known from the Viking Age. In between the burial mounds stands a stone church and two runestones. The Jelling Church was built from travertine around 1100 AD. A grave chamber underneath the 8 metres high north mound was possibly the original grave of King Gorm the Old. The 10 m high south mound was built around 970, the Jelling south mound contained no burials. The smaller and older of the two Jelling Runic Stones was raised by King Gorm the Old. On the runestone of King Gorm, for the first time on Danish ground, the name of Denmark is mentioned. Around 965, the large runestone in Jelling was raised by King Harald Bluetooth in memory of his parents King Gorm the Old and Queen Thyra and also celebrating King Harald's conquest of Denmark and Norway and the conversion of the Danes to Christianity. There are different versions of King Harald Bluetooth's conversion to Christianity, medieval writers such as Widukind of Corvey and Adam of Bremen give conflicting versions about how it happened. The Jelling Mounds are Royale Graves, so the Royal Standard is raised on the Jelling Mounds every summer Sunday. The Kongernes Jelling Museum, opposite the Jelling Church, provides insight into the fascinating history of the Vikings. The village of Jelling is located about 55 km from the World Heritage in Christiansfeld. The Jelling Mounds, Runic Stones and Church were declared a UNESCO World Heritage 1994. 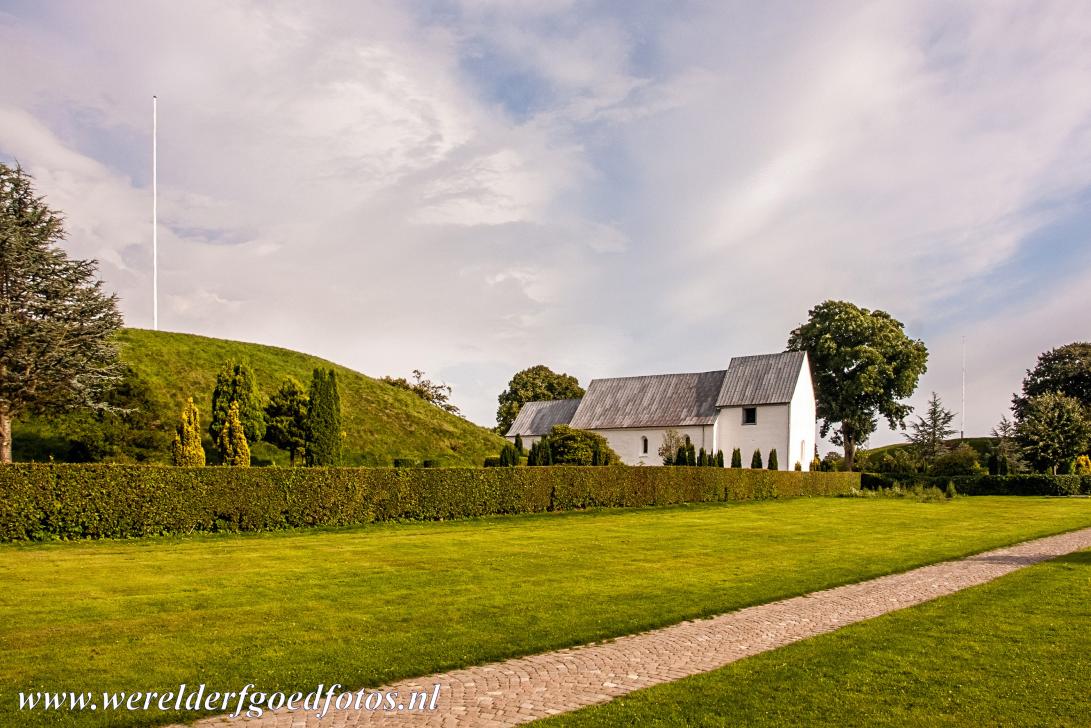 Jelling Mounds, Runic Stones and Church: Jelling is a village in Denmark, it is home to the largest known burial mounds dating from the Viking Age. In between the two burial mounds stands the church and two runestones, the runestone of Harald Bluetooth and the runestone of Gorm the Old. Jelling Church was built from travertine around 1100 AD. The Jelling Mounds, Runic Stones and Church gained the status as a UNESCO World Heritage in 1994.