The West Norwegian Fjords - Geirangerfjord and Nærøyfjord - is a natural World Heritage Site in Norway. Fjords are among the most dramatic and spectacular landscapes of the world. The West Norwegian Fjords embraces some of the longest, deepest, narrowest and most beautiful fjords in the world. People consider the fjords as the symbol of Norway, the foremost nation of fjords in the world. A fjord is a long, narrow, deep inlet of the sea with steep cliffs on both sides, created by glacial activity. Fjords are mostly found along the west coast of Norway, but also in countries such as Denmark, Canada, Greenland, the Faroe Islands, Iceland and New-Zealand. Montenegro has a coastal inlet, often referred to as the most southern fjord in Europe, but it is actually a ria, a submerged river canyon. The UNESCO World Heritage comprises two areas: The Geirangerfjord and Nærøyfjord and their surroundings. The Geirangerfjord is one of the most visited tourist locations of Norway. The Geirangerfjord is 15 km long and more than 600 metres deep. The tiny quaint village of Geiranger is a cruise ship port, situated at the very end of the Geirangerfjord. The Nærøyfjord area has a great variety of landscape, ranging from naked peaks to sheltered bays with woodland. Flanked by mountains towering to 1760 m above sea level, the Nærøyfjord is 17 km long and only 250 metres broad at its narrowest point. The stave church of Undredal is the smallest stave church in Norway, situated close to the Aurlandsfjord, a 29 km long branch of the Sognefjord. The Geirangerfjord and Nærøyfjord are located northeast of the city of Bergen. The West Norwegian Fjords - Geirangerfjord and Nærøyfjord - were inscribed on the UNESCO World Heritage List in 2005. 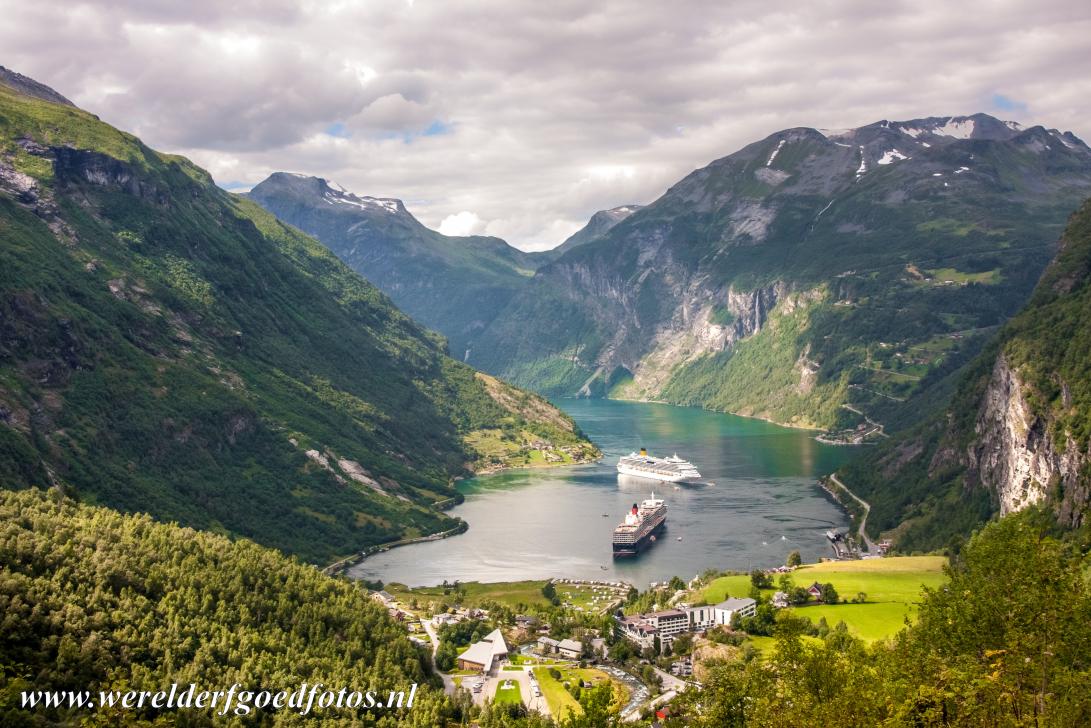