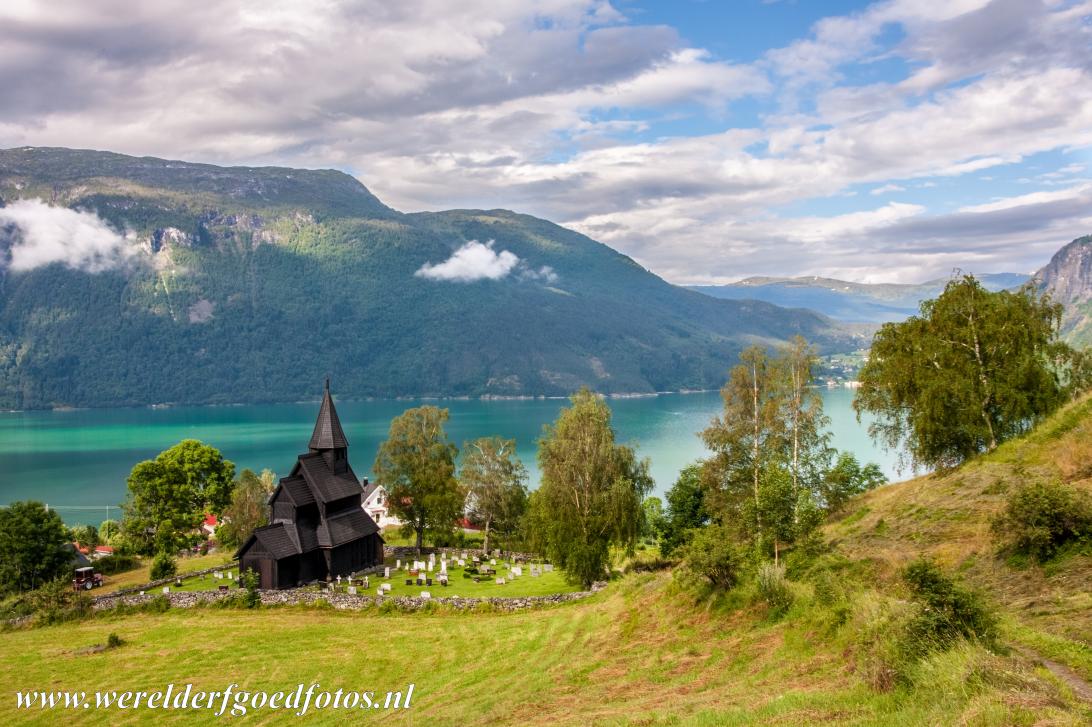 The Urnes Stave Church is located in the small village of Ornes in the municipality of Luster. The church stands in the magnificent natural setting along the wonderful green tinted waters of the Lustrafjord, a side arm of the Sognefjord, the longest and deepest fjord in Norway. The church is the oldest Stave Church in Norway. The Urnes stave church was inscribed on the UNESCO World Heritage List in 1979.