Birka and Hovgården: Hovgården is an archaeological site situated on Adelsö Island in Lake Mälaren, 31 km west of Stockholm. A thousand years ago a mighty house ruled over Hovgården, from here a Viking king also ruled over his trading town of Birka, situated on the neighbouring Björkö Island. In 1270, the Swedish king Valdemar Birgersson had built Alsnöhus on Hovgården. Alsnöhus was a splendid brick building, intended only for official occasions. It was here in 1279, that the council meeting was held at which the feudal system of Sweden was given shape. During unrest at the end of the 14th century, Alsnöhus was attacked and destroyed. Hovgården eventually lost the status as a royal domain. Birka is an archaeological site situated on Björkö Island in Lake Mälaren. Birka was founded around 790. Birka was a Viking trading town during the 8th-10th centuries. During this time, Birka was one of the most dominant trading towns of the northern world, which extended from Russia in the east to Ireland in the west. Birka began to lose its importance in the 970s or 980s. Birka was probably abandoned in the 10th century. The most visible remains from the Vikings are a rune stone at Hovgården on Adelsö Island and the more than two thousand burial mounds scattered all over Björkö Island. The earliest known Christian congregation in Sweden was founded in the town of Birka by St. Ansgar in 831. The Viking settlements of Birka and Hovgården gained the status as a UNESCO World Heritage in 1993. Two other UNESCO World Heritage Sites in Stockholm are: Drottningholm Palace and Skogskyrkogården. 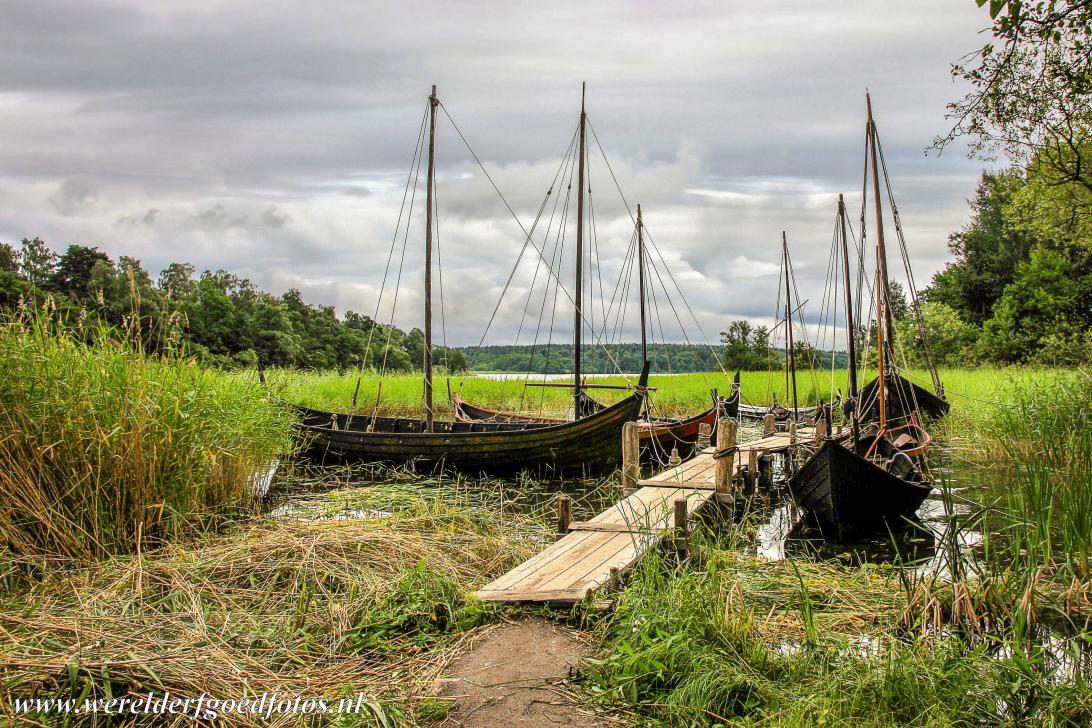