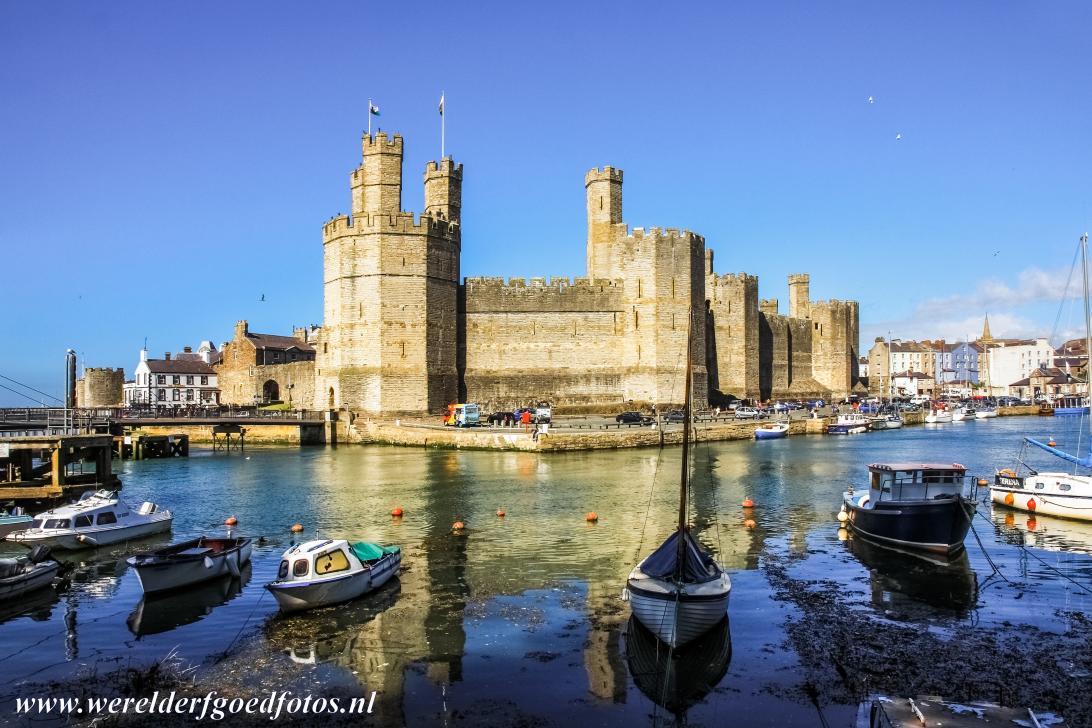 Castles and Town Walls of King Edward in Gwynedd: Caernarfon Castle is one of the most famous castles of Wales.