The Archaeological Site of Tiryns is situated on the Peloponnese peninsula in Greece. Tiryns was one of the most important cities of the Mycenaean civilisation. The citadel of Tiryns is located on a rocky hill which rises about 18 metres above the surrounding Argolis Plain. Tiryns dates from 1400 BC-1200 BC. The Greek poet Homer referred to Tiryns as 'mighty walled Tiryns' because of its defensive walls. Tiryns was surrounded by a cyclopean wall, built of huge limestone boulders, ancient Greeks believed that the walls were made by Cyclops. The walls of Tiryns are impressive, they are 7-10 metres wide and 18 metres high. Just like the Acropolis of Athens and Mycenae, the citadel of Tiryns had its own underground water supply, which could be used during a siege. Tiryns was destroyed in 468 BC. All that remains of mighty walled Tiryns are the imposing ruins, the remains of a cyclopean wall and cyclopean tunnel, foundations of the buildings and remains of the gates. Nowadays, the ruins of Tiryns are overgrown with wildflowers. Tiryns is part of the UNESCO World Heritage: Archaeological Sites of Mycenae and Tiryns. The Archaeological Sites of Mycenae and Tiryns gained status as a UNESCO World Heritage in 1999. World Heritage Art: Wild Poppies at Tiryns 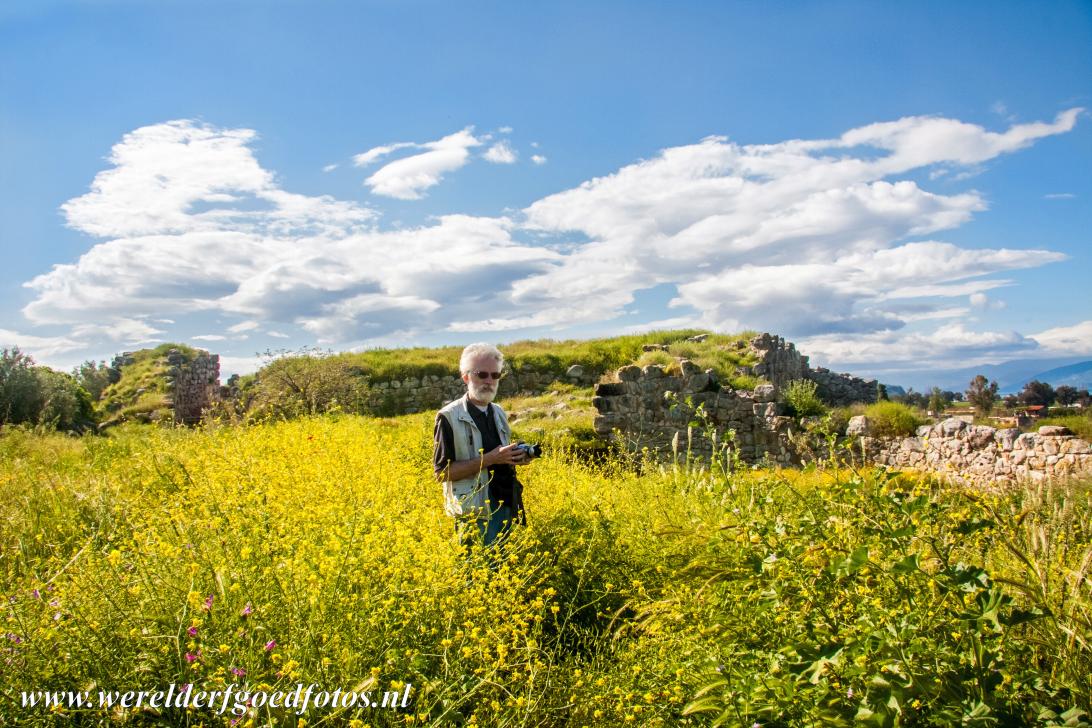