The Archaeological Site of Mycenae is situated on the Peloponnese peninsula in Greece. In the 2nd millennium BC, Mycenae was one of the major centres of the Greek civilisation. Mycenae is mentioned by the epic poet Homer. Many experts did not think Mycenae really existed until the city was discovered in 1870. Heinrich Schliemann started the complete excavations at Mycenae in 1874. Mycenae dates from 1700 BC to 1100  BC. The citadel of Mycenae was surrounded by a cyclopean wall made of huge limestone boulders, the ancient Greeks believed that the wall was made by Cyclops. The Lions Gate was the main entrance to the citadel of Mycenae. Just like the Acropolis of Athens and the hill fort of Tiryns, Mycenae had its own underground water supply which could be used during a siege. The famous tholos known as the Treasury of Atreus dates from the 14th century BC. The Treasury of Atreus is also known as the Tomb of Agamemnon, he was the legendary King of Mycenae. The Mycenae Archaeological Museum is situated on the Archaeological Site of Mycenae. The museum houses artifacts found during the excavations at the Late Bronze Age city of Mycenae, many objects were brought to the National Archaeological Museum of Athens. Mycenae is part of the UNESCO World Heritage Site: Archaeological Sites of Mycenae and Tiryns. The Archaeological Sites of Mycenae and Tiryns gained the status as a UNESCO World Heritage in 1999. 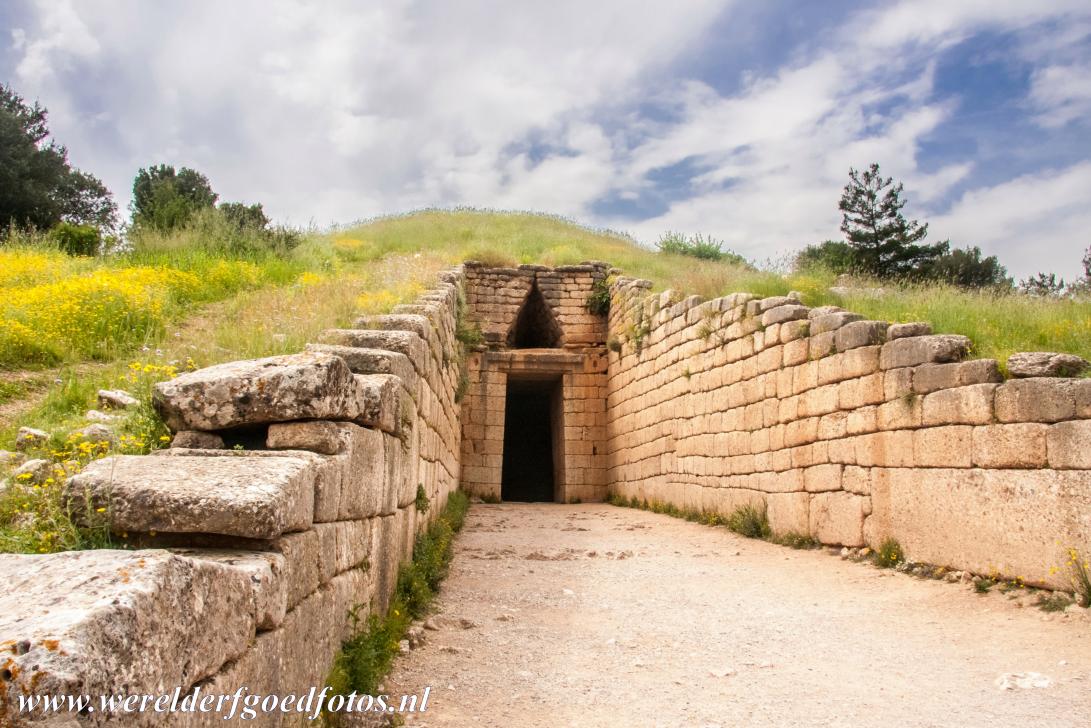