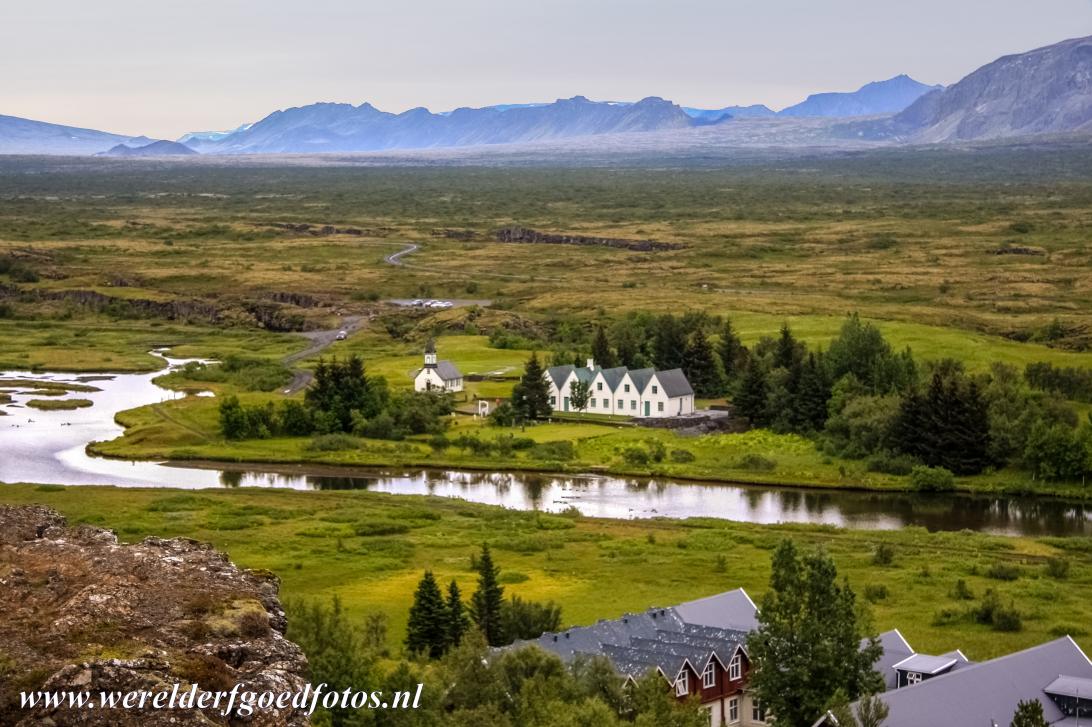 Thingvellir is a location of great historical, cultural and geological importance on Iceland. The continental drift between the North American and Eurasian Plates can be seen in the faults and fissures in Thingvellir. This fissure zone is running through Iceland. Thingvellir is situated at the northern shore of Lake Thingvallavatn, the largest lake of Iceland. Thingvellir National Park was declared a UNESCO World Heritage in 2004.