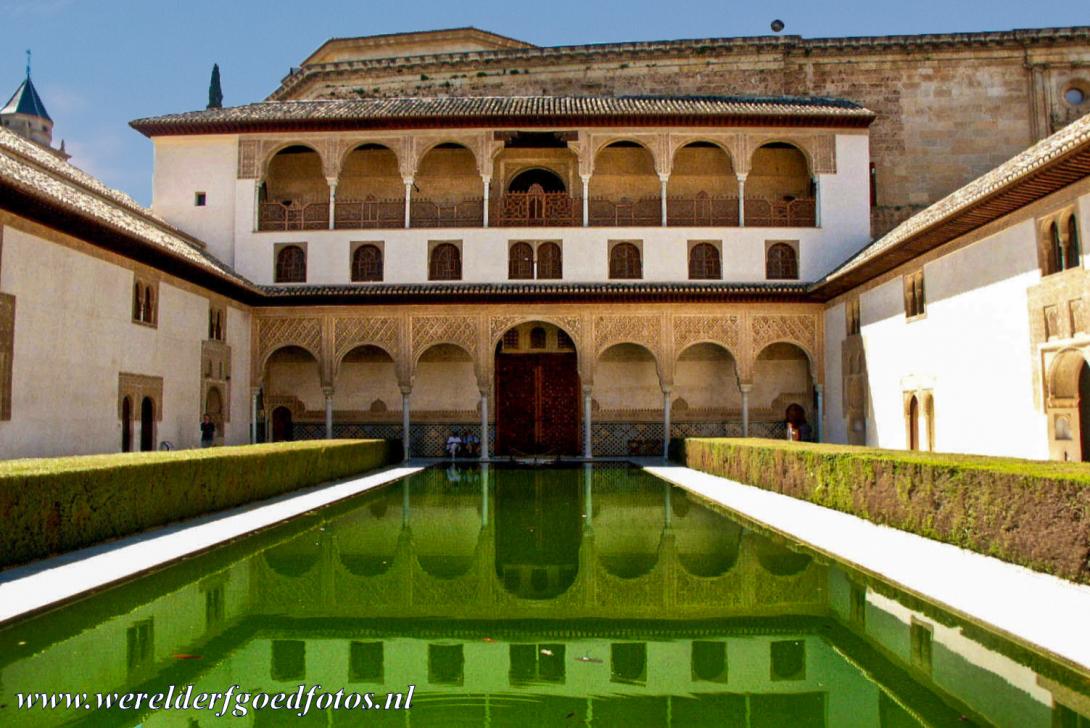 Alhambra, Generalife and Albayzín, Granada: The Courtyard of the Myrtles, Patio de Arrayanes. The central pond is 34 metres long and 7 metres wide, it was created as a reflecting pond. The surface of the green water reflects the surrounding buildings. The most important chambers that surround the Patio de Arrayanes are part of the Comares Palace of the Alhambra, the residence of the king. The Alhambra was inscribed on the UNESCO World Heritage List in 1984.