Medieval Town of Toruń: Toruń was founded by the Teutonic Knights in 1233. Several years later, Toruń was relocated to its present location due to recurrent floods. Toruń is situated on the bank of the Vistula River. Toruń remained under the Teutonic rule for over two centuries until the outbreak of the Thirteen Years' War between Poland and the Teutonic Order in 1454. Around 1280, Toruń became a member of the Hanseatic League. The Old Town hall was a symbol of the merchant wealth of Toruń. The 13th century St. John the Baptist and St. John the Evangelist is oldest church of Toruń. Its belfry houses the 'Tuba Dei', the second largest bell in Poland. It was cast in 1500 and until the casting of the Zygmunt bell of the Wawel Cathedral in Krakow, it was the largest bell in Poland. Nicolaus Copernicus was born in Toruń in 1473. The house where he was born is now a museum. Toruń ranks among the most beautiful towns in Poland. The Medieval Town of Toruń gained the status as an UNESCO World Heritage in 1997. Work of Art: Copernicus. 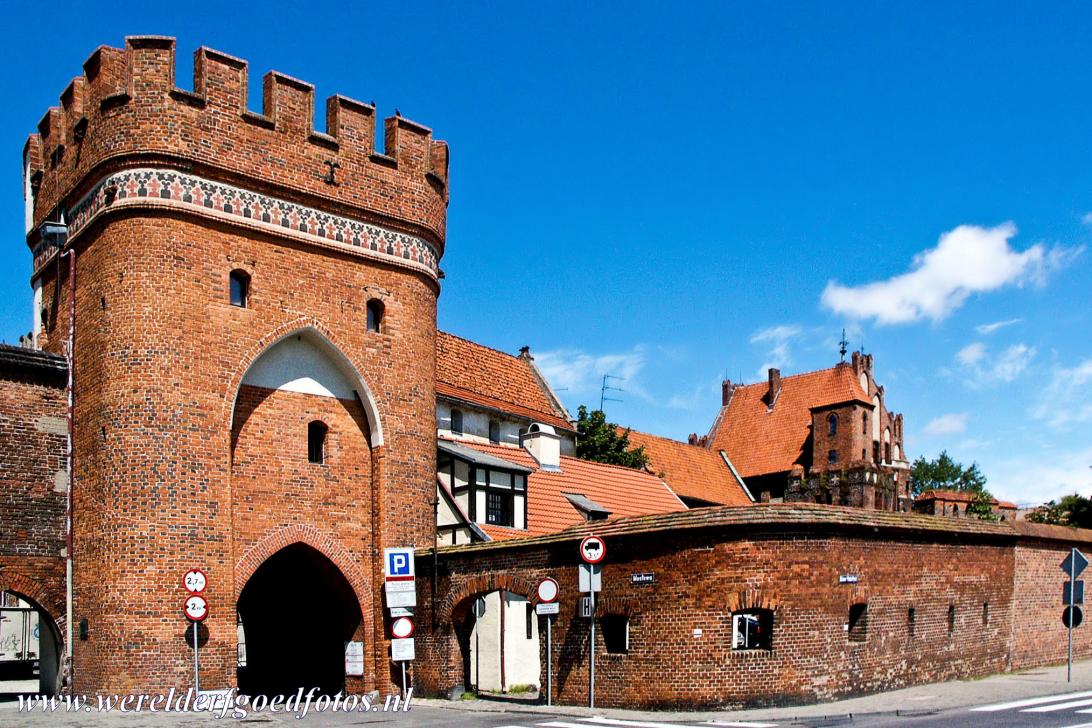 Medieval Town of Toruń: The Mostowa Gate (the Bridge Gate) was built in 1432, it is one of the town gates of Toruń. The Bridge Gate is the most impressive of the three still existing city gates of the medieval town of Toruń. Torun was founded by the Teutonic Knights in 1233. The town is situated on the banks of the Vistula River. The town was relocated to its present location in 1236 due to recurrent floods. Toruń ranks among the most beautiful towns in Poland. The medieval town of Toruń was declared an UNESCO World Heritage in 1997.